Thailand Measure To Prevent The Spread Of Coronavirus

Public Health Minister Anutin Charnvirakul said authorities are still working out measures to prevent further spread of the coronavirus and said turning away travellers from China is possibly asking too much and too soon. 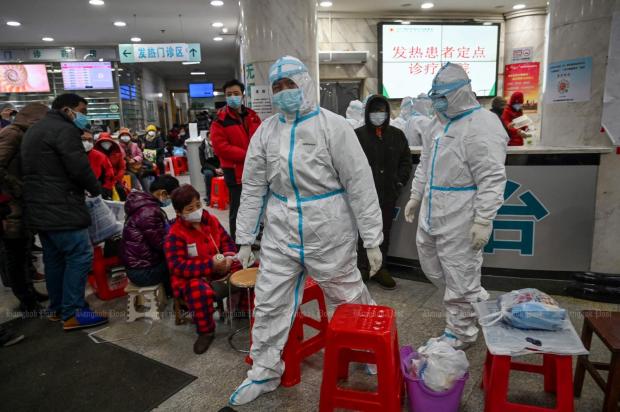 "China has imposed a lockdown. Hong Kong has suspended classes. Each country has its own conditions and plans to handle the situation. Thailand has done a really good job in handling a situation like this.

"Sometimes we take proactive measures and sometimes we are on the defence. We have to make sure our responses don't affect people's daily lives and economic systems," he said.

Mr Anutin said the number of confirmed cases of coronavirus in Thailand has reached eight while the accumulated number of cases under investigation stands at 84. Of the eight confirmed cases, seven are Chinese people and the other is a Thai national. Five have been discharged from hospitals. Of the 84 cases under investigation, 45 have been discharged and 39 remain in isolation at hospitals.

A number of suspected cases were reported in several provinces including Chiang Mai, Nakhon Sawan and Rayong on Sunday.

Earlier, the ministry asked Chi­nese students to delay their return to Thailand by at least two weeks as a precaution.

Meanwhile, the Foreign Ministry will on Monday host a meeting to review a plan for Thais in China as the number of confirmed cases and deaths from the outbreak of the new coronavirus continues to rise.

One measure could involve evacuation of Thais from Wuhan. The death toll in China from the virus has risen to 56, while more cases have been found in many countries including Australia, France, Malaysia and Nepal.

Busadee Santipitaks, the Foreign Ministry spokeswoman, said Thai officials in China are monitoring the situation closely and are in constant contact with Thai students and communities there. She said there are 54 Thai students and about 10 workers in the spa business in Wuhan and all are safe.

A Thai student in Wuhan wrote on Facebook the students barely have enough food and were worried about contracting the virus. She wanted the government to help evacuate them.