Thailand, along with several other South East Asian countries, have made Bloomberg’s list of worst places to be for the current phase of the pandemic which has been fueled by the spread of the Delta variant.

While Thailand was one of the most successful countries to tackle the virus in 2020, the country has regressed horribly with the spread of Delta in 2021.

Adding insult to injury, Bloomberg has put Thailand on its list of most poorly performing countries during the current phase of the pandemic.

According to Bloomberg, “The bottom five in August’s Ranking are Southeast Asian economies, a region that’s emerged as the new virus epicenter with the world’s highest monthly death toll per capita: Thailand at No. 49, Vietnam at No. 50, Indonesia No. 51, the Philippines No. 52 and Malaysia in last place.”

Bloomberg gave the reason as follows: “[Thailand] dropped eight spots as it saw a delta-fueled resurgence in cases, followed by stringent restrictions over 40% of the population.”

But despite the report from Bloomberg, the country is seeing the light at the end of the tunnel with vaccination rates surging and case numbers dropping.

The government is due to meet on Friday to discuss easing lockdown restrictions with health officials bullish that the country can reopen by the end of the year to tourists and business travelers if vaccination rates hold. 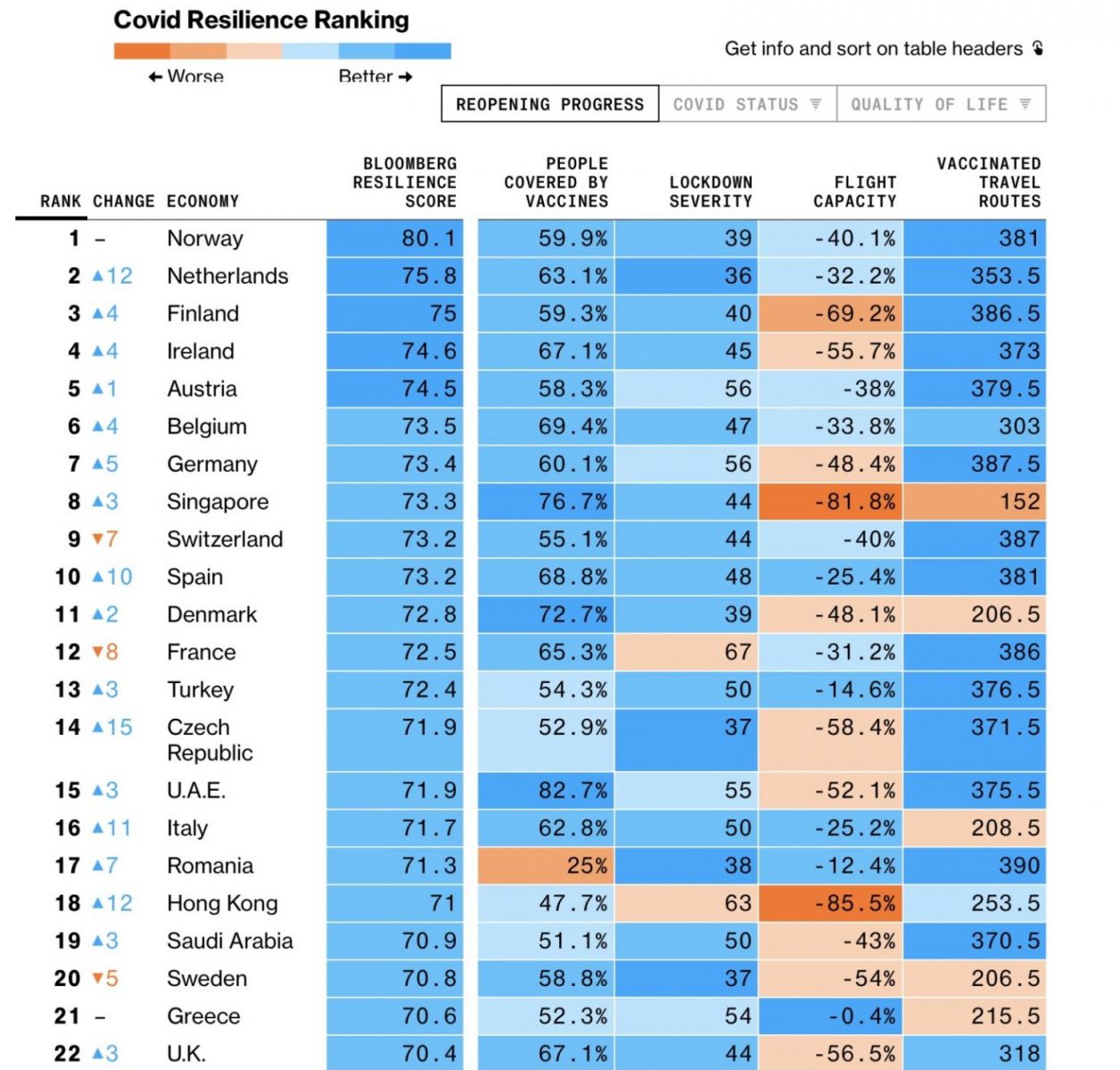 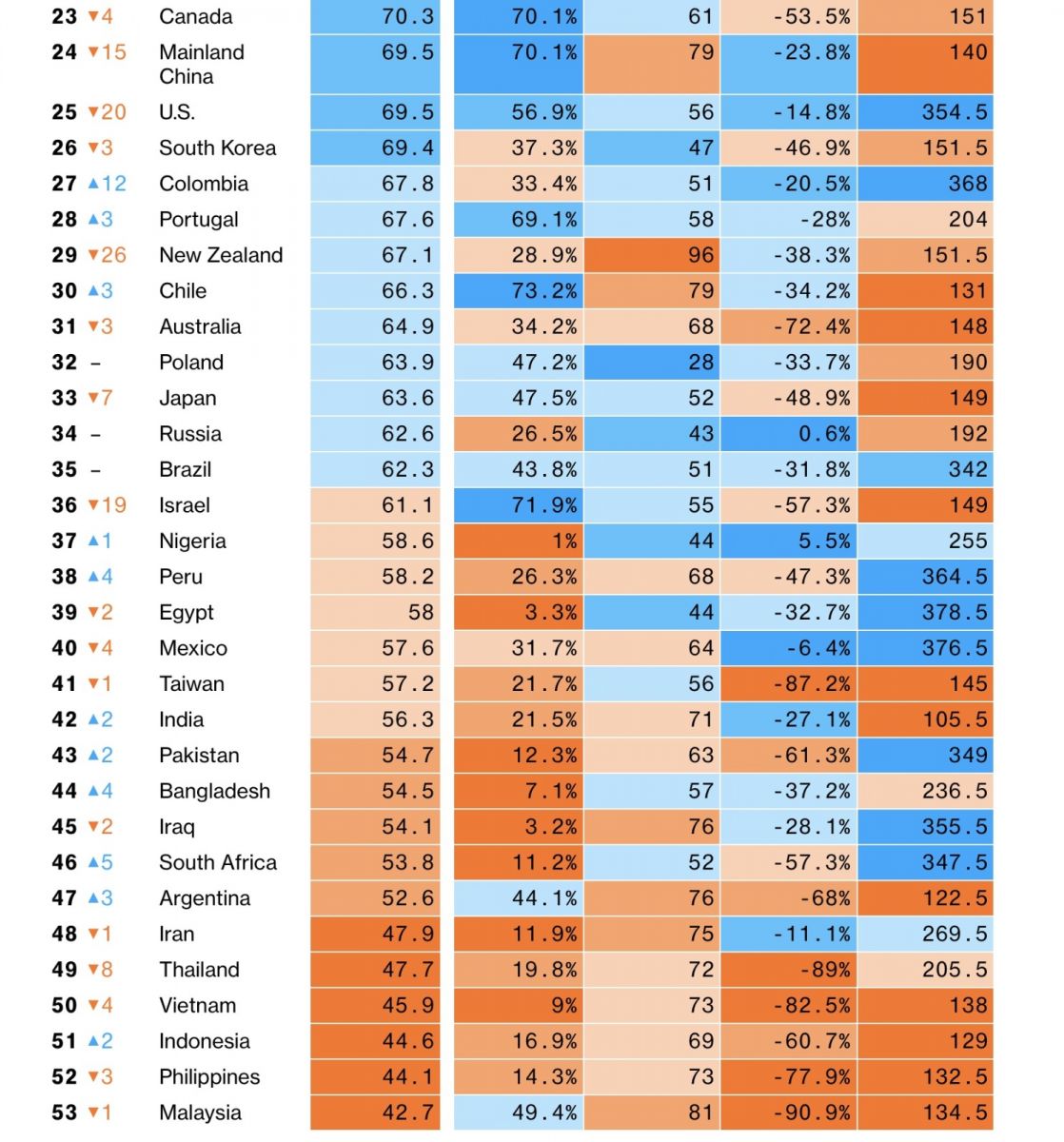