Wg Cdr Suthirawat said the number of foreign travellers had fallen considerably since the Civil Aviation Authority of Thailand banned all international flights from landing in Thailand at the start of this month.

The plunge in the number of travellers enabled Airports of Thailand (AoT), which supervises major airports including Suvarnabhumi, to close some areas of the airport for renovations, repairs and add new facilities.

Repairs have also been made to its concourse, elevators, lighting, air-conditioning and baggage handling systems, while broken floor tiles have been replaced, Wg Cdr Suthirawat said.

Technical tests have been done to check the strength and integrity of the runway and taxiway to shoulder the load of carriers.

The AoT has also installed new elevators, and lighting systems at the airport's parking building and office building, he said.

"Even though there were few passengers, the airport still keeps up hygiene and cleaning measures in the complex to keep passengers' confidence once the flights are allowed to resume," Wg Cdr Suthirawat said.

He added that workers had been instructed to wear face masks and gloves to protect themselves against disease during the renovations.

Meanwhile, PM's Office Minister Tewan Liptapallop said on Saturday a total of 171 Thais who returned from India on Friday were not showing any symptoms of Covid-19. Of them, 104 are monks, and the rest nuns and Thai pilgrims.

Upon their arrival at Don Mueang airport, all were screened and taken to quarantine facilities prepared by the government, Mr Tewan said.

The minister added that the National Office of Buddhism is looking for ways to help monks nationwide who have been affected by Covid-19. Temple activities involving large gatherings have been banned during the coronavirus crisis which has left some temples hard up for money.

Many temples lack donations to pay for utility bills as the crisis has taken its toll on the economy and kept the faithful away, he said.

Mr Tewan also said that 21 Thais who were stranded in Iran, including five children, landed at Suvarnabhumi airport at 7.30am on Saturday.

They underwent health screening and no one was found to have a fever. They were then placed under quarantine, he said. 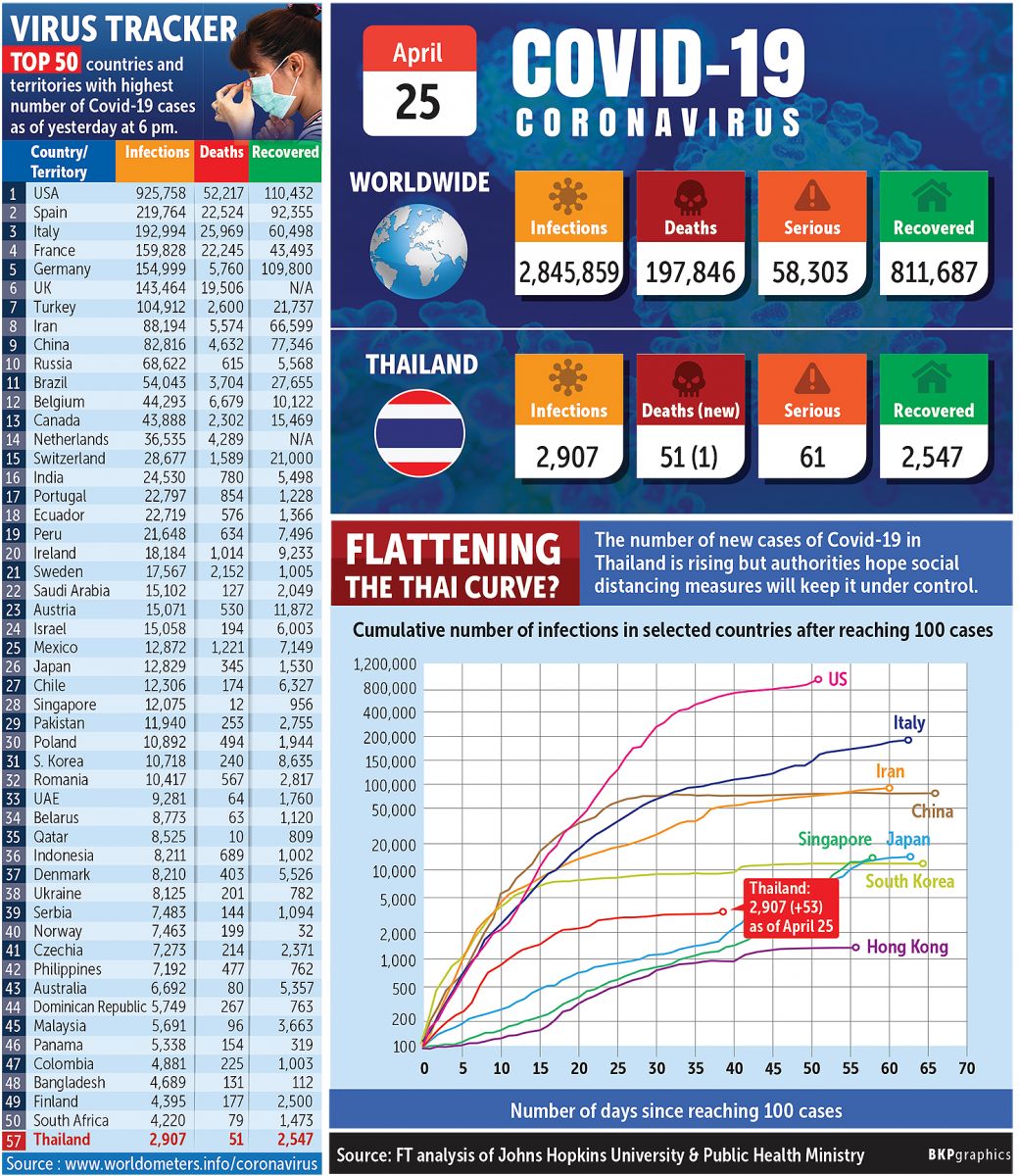