One Too Many For The Trip

GENEVA, 3 September 2019: The International Air Transport Association has called on more countries to sign up to the ICAO Montreal Protocol 2014, tagged MP14, to deal with unruly passengers on flights.

Most reports (86%) were classified as level 1 incidents, which are verbal in nature and can usually be brought to a successful conclusion by the crew using de-escalation training.

10% of reports related to level 2 incidents, which involve physical aggression to others or damage to the aircraft.

4% were level 3 & 4 incidents, which are rare but more serious, such as attempts to gain cockpit entry.

The top three issues identified in the report:
49% non-compliance with safety regulations (other than non-smoking);
27% Alcohol/other intoxication;
24% Non-compliance with smoking regulations;
IATA’s statistics do not cover all airlines around the world, so are likely to underestimate the true extent of the problem.

Unruly passenger incidents include violence against crew and other passengers, harassment, verbal abuse, smoking, failure to follow safety instructions and other forms of disorderly behaviour.

Committing an offence on board doesn’t automatically mean an individual is prosecuted, as under international law it is the authorities in the state where the aircraft is registered that have jurisdiction over offences committed on board.

IATA has said it wants to see this issue changed through widespread adoption of the protocol.

MP14 gives the state of scheduled landing the necessary jurisdiction to deal with unruly passengers, and also covers third-party countries in case a flight is re-routed.

It will only come into force once a minimum of 22 states endorses the procedure. At present, 21 states have ratified MP14, with Kazakhstan, Paraguay and Turkey the latest to commit.

“As the 7th largest international airline market, Turkey’s ratification of MP14 is very welcome, as it gives legitimacy to the protocol and it will enable Turkey to play an active role in dealing with an increasingly important threat to passenger wellbeing and safety,” said, IATA area manager for Turkey, Turkmenistan, Azerbaijan and Central Asia Funda Calisir.

IATA also called on European governments to develop prevention tools such as industry campaigns like “One Too Many”, which urges passengers to drink responsibly. 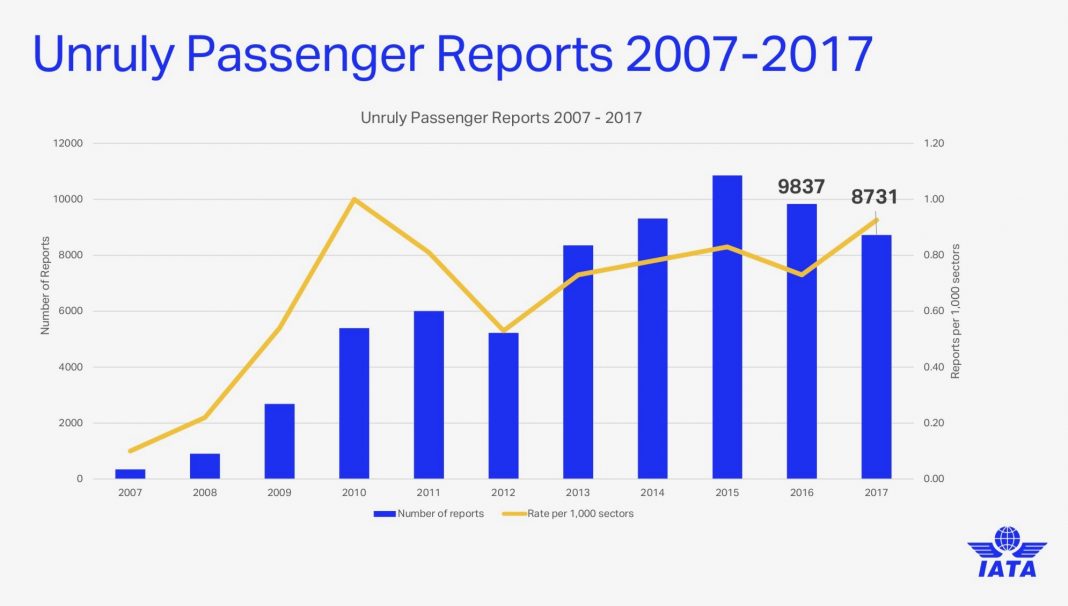