Red lotus has begun blooming beautifully on 100 rai of Ing Wang lake in Phayao. The lotus, which had failed to blossom for years due to drought, has now unexpectedly bloomed, lending Phayao a lively, picturesque look again. 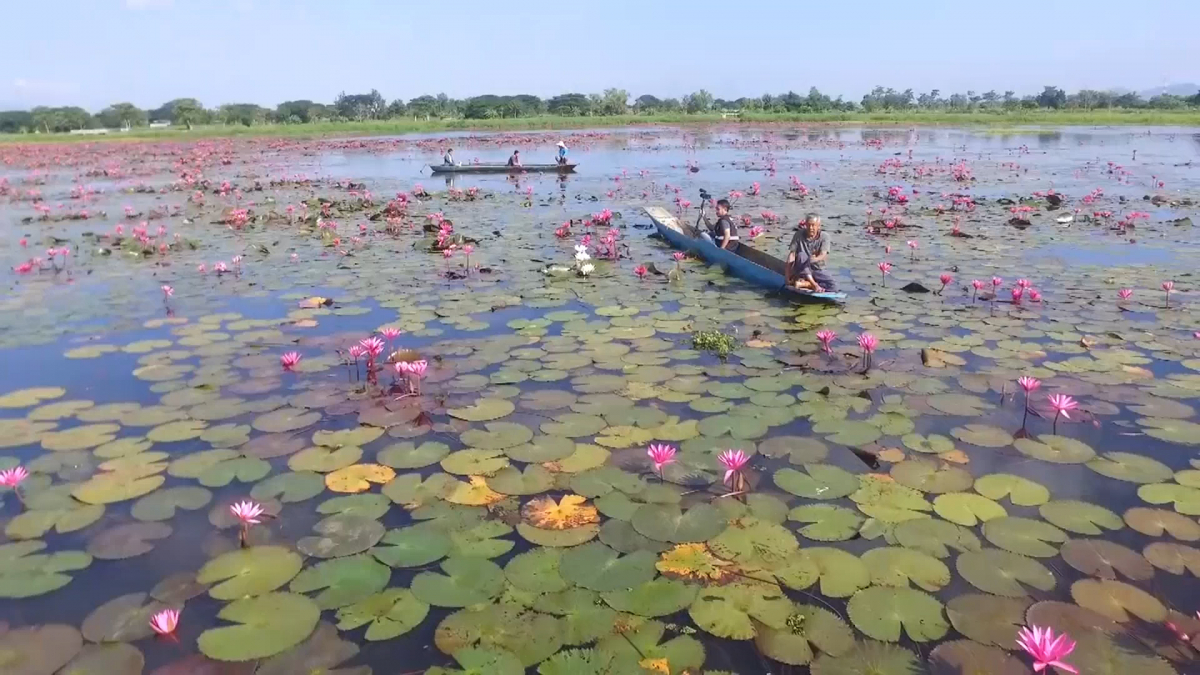 President of Phayao community tourism development Somboon Buates said locals closed the area to tourists for decades, but have now opened it again “for conservation tourism”. 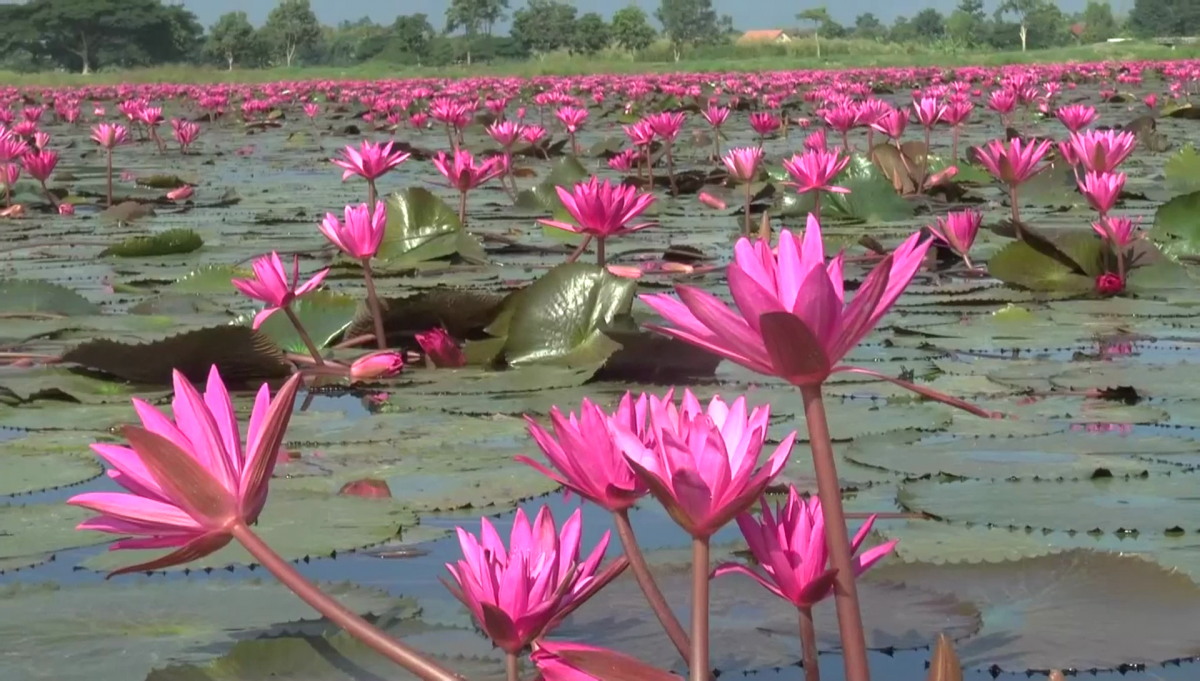 The lotus usually blooms every year on 1,000 rai. However, in 2016, Phayao faced severe drought and the lake dried up. Fortunately, the last few months saw a lot of rain, which filled the lake. 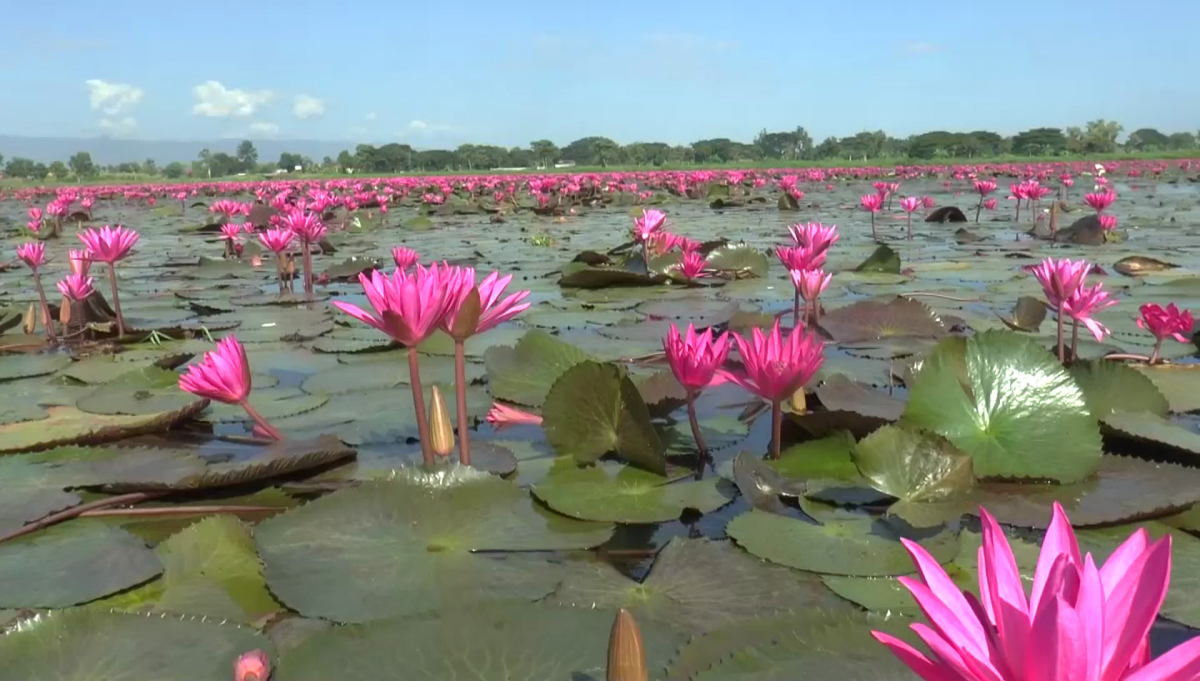 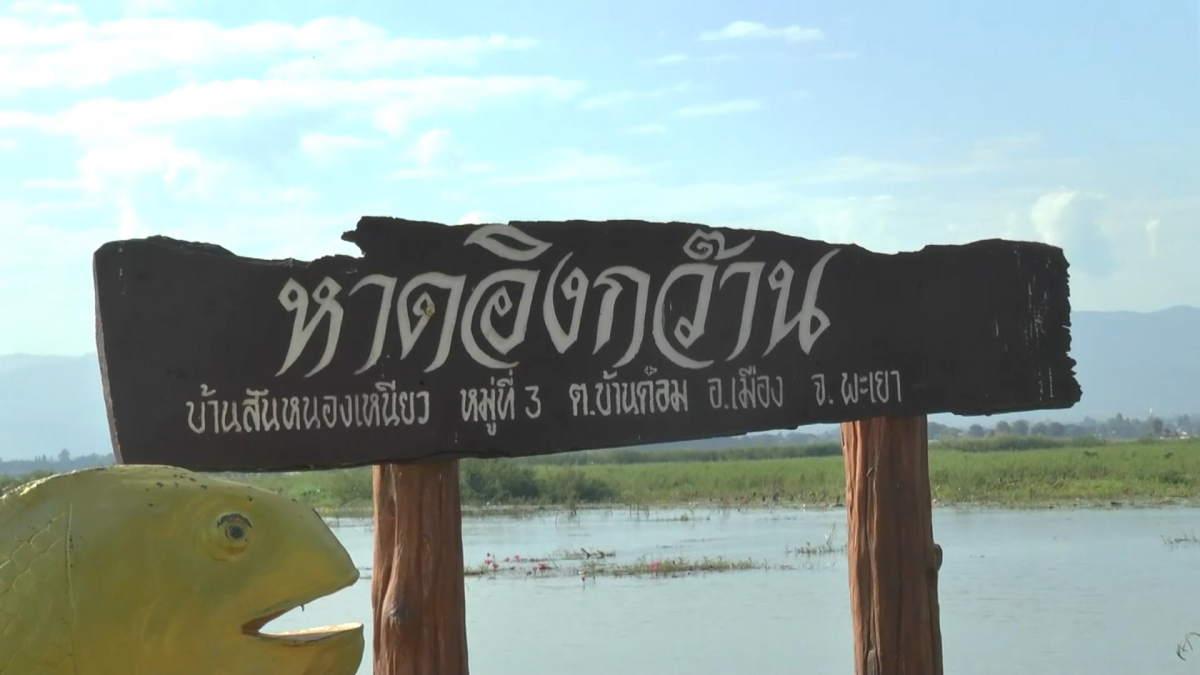 “The best time for lotus watching is in the morning,” Somboon said.

Locals have prepared boats to take tourists around the lake. 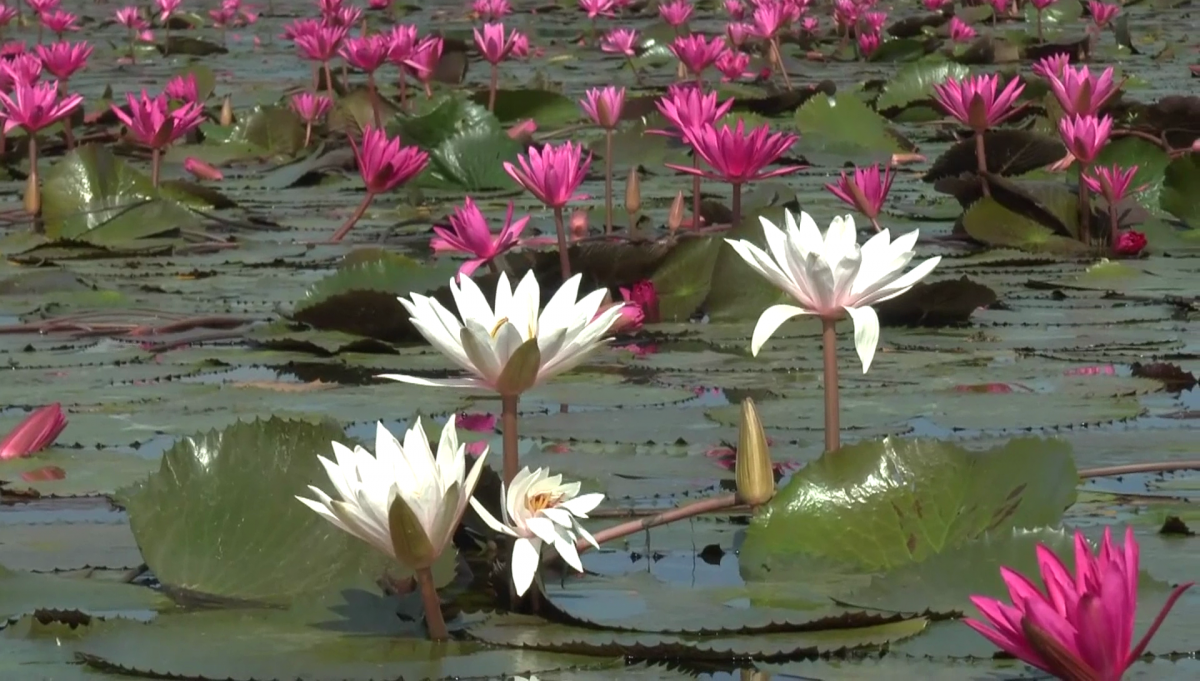 Apart from the lotus, visitors can also witness traditional fishery. 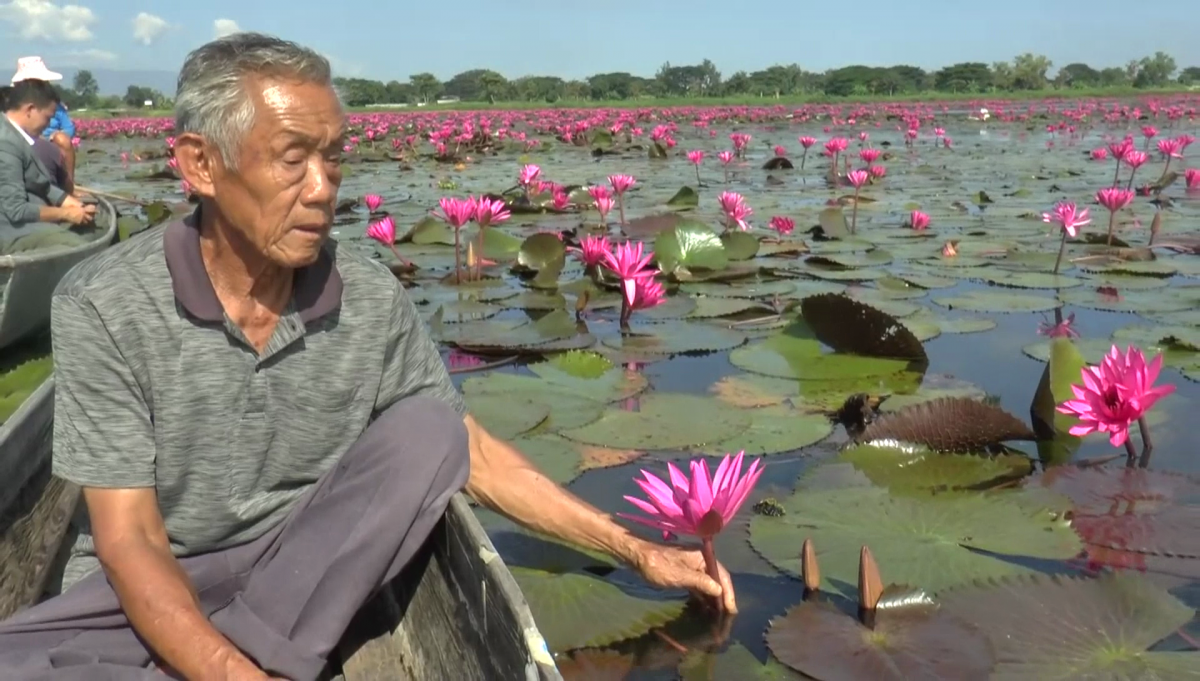