A monk who had gone missing since April 2 was found trapped in Phitsanulok’s Tham Phra Sai Ngam cave on Tuesday morning and pulled out of the flooded cave by 11.30am on Wednesday.

The 46-year-old monk, Manas Khemako, was last seen entering the cave on April 2, after which heavy rains flooded the entrance. Villagers immediately alerted the authorities when they realised the monk was missing.

Two divers were then dispatched to hunt for the missing monk, and one returned to say the monk had been found unharmed. The other diver stayed behind to keep the monk company.

“He is safe but tired and has a low fever,” the diver said.

Phitsanulok governor Ronnachai Jitwiset said the divers evaluated the monk's health and decided to pull him through the floodwaters.

The incident brings to mind the case of the “Wild Boars” football team consisting of 12 boys and their coach, who were trapped in the flooded Tham Luang cave in Chiang Rai for 17 days from June 23 to July 10, 2018. The 13 were later fitted out in full-face breathing masks and sedated before being pulled to safety through a hazardous underwater labyrinth. Former Thai Navy Seal Officer Saman Kunan lost his life during the rescue operation. 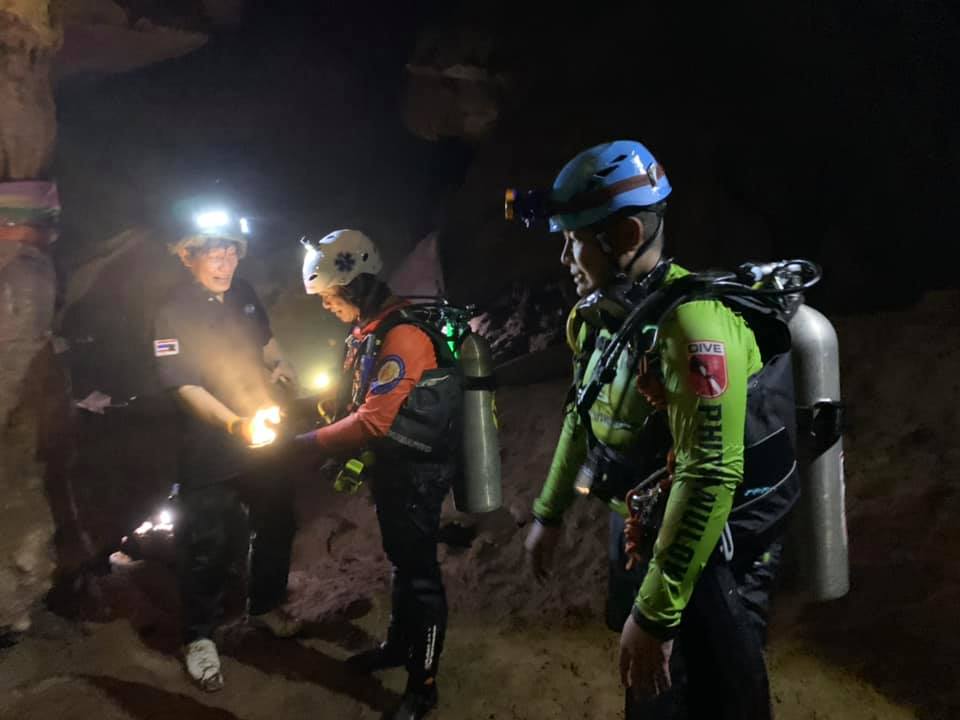