So Heng Tai Mansion And The History Of Talat Noi

Graffiti-lined walls, quaint little coffee shops, traditional buildings and shrines nostalgic of a distant past, there’s much to be said about one of Bangkok’s oldest and most significant neighborhoods: Talat Noi.

Rather unassuming, many wouldn’t realize the value of this neighborhood until they really see it. Located on the eastern bank of the Chao Phraya River next to Charoenkrung Road, Talat Noi (“little market”) is a historic Chinese community that dates back to the foundations of Bangkok.

Tucked in the colorful alleyways of the neighborhood sits Talat Noi’s main, and probably its oldest, cultural attraction, the So Heng Tai mansion — an elegant, rustic, nineteenth-century Chinese courtyard house belonging to one of Thailand’s oldest Chinese noble families. It was built by Phra Aphaiwanit (1813–1849), a Hokkien Chinese magnate with ancestry from Fujian, China.

The thing about So Heng Tai is you have to know what you’re looking for. At the end of Soi Charoenkrung 22, there’s three paths you can take: left, right, or forward, along Soi Chao Sua Son. Down that winding alley, you can find one of the last Hokkien style buildings in Bangkok.

An architectural relic from the 19th century, the mansion was built by the patriarch of the So clan when he first arrived in Bangkok from Fujian during the reign of Rama III. Upon entering through the grandiose doors, one is greeted with the open courtyard surrounded by the timber cloisters of the house.

Lacquered wood, bright red doors, and beautifully carved stone stairways characterize the heritage site. Despite its age, the mansion wears its decaying grandeur well. Alongside all of its historic features, So Heng Tai also features a large pool in the middle, an unexpected touch of modernity for first time visitors.

“When you think of Talat Noi, you think of the So Heng Tai mansion,” said Poosak Posayachinda, the current owner of the 200-year-old residence. “In fact, this [So Heng Tai] was how Talat Noi was rediscovered. And it wasn’t discovered by a Thai, but a farang (westerner) tourist who stumbled into the area.”

Interest around this charming neighborhood picked up. Many found the hidden little alleyways, shrines and traditional houses of Talat Noi rather charming, and would often come to snap a photo or two, share it with their friends on social media, and spread the word.

Graffiti artists from different parts of the world also took it upon themselves and started decorating the walls of Talat Noi with street art, visitors started pouring in, and cafes started to pop up. What was once a quiet, community-driven neighborhood turned into one of Bangkok’s hippest tourist destinations. Talat Noi soon became known as Bangkok’s hidden gem, the city’s secret Chinatown.

But what little may know is that Talat Noi is actually Bangkok’s original Chinatown, before the construction of Charoenkrung Road expanded the Chinese community into different parts of the city, such as Yaowarat. Poosak eventually turned the residence built by his forefather into a museum, equipped with a diving school and a coffee shop. Today, visitors are able to see for themselves what was once a place where the founding members of Bangkok thrived.

“This [Talat Noi] was where they started off, where they made money, where they slept on the floors,” said Poosak. “Talat Noi was also a place where the community helped out one another.”

Another significant contribution So Heng Tai made in the Chinese community was support. In these residential grounds, Poosak’s family helped assist the other members of Talat Noi in assimilating and making a living in Siam: by providing low interest loans, welfare as well as financial support for the education of their children. Ho Seng Tai is commonly known among the locals as “Baan Chao Sua Son.”

There’s been multiple offers, both in the private and public sector, made over the years to buy off the residence — at very steep prices, but Poosak and his family turned them down. Today, the So Heng Tai mansion serves as one of Bangkok’s last remaining traditional Chinese houses and a unique one at that.

“There is a historical, cultural, and sentimental value tied to this house,” explained Poosak, who still resides in the mansion today with his family. “Most Thais of Chinese descent today would not be able to trace back to their roots. You can no longer distinguish the difference between a Chinese and a Thai descendant — unless there is something representative of it: a shrine, a building, and most importantly, a house.”

This mansion was built over two centuries ago, and is symbolic of how essential Thai-Chinese families have been to the construction of Bangkok. In the urban landscape — social and physical alike — immigrants are essential to the society we’ve built. Maintaining physical monuments to our cultural heritage are important reminders of this history.

Poosak raises essential questions about historical awareness at both a personal and national level. “How did you manage to stand on this land? Your ancestors built and made a living for themselves, sure, but how did they manage to get this far? Who gave them the permission?”

There’s an importance, Poosak believes, for future generations, Thais of Chinese descent, especially, to be informed of how their ancestors and families came to be.

Though its doors are currently closed due to Covid-19 and descendants of the clan still live in the home, So Heng Tai is open to members of the public. All are welcome to take diving lessons in the pool or kickback and enjoy an iced drink in the shaded areas. 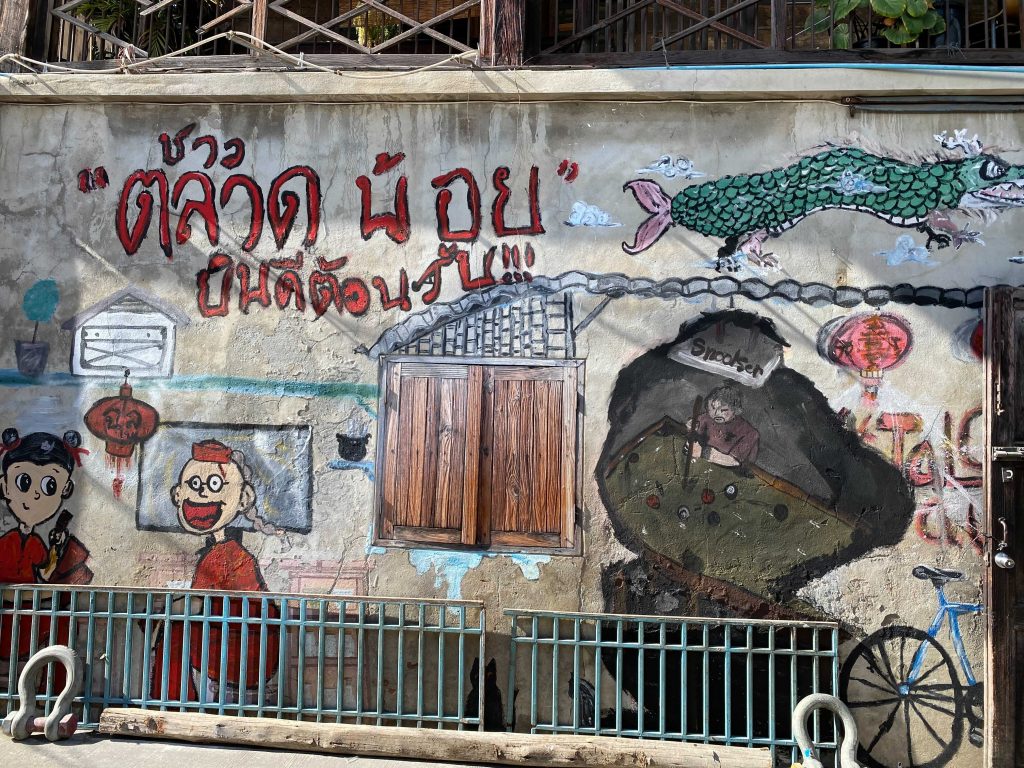 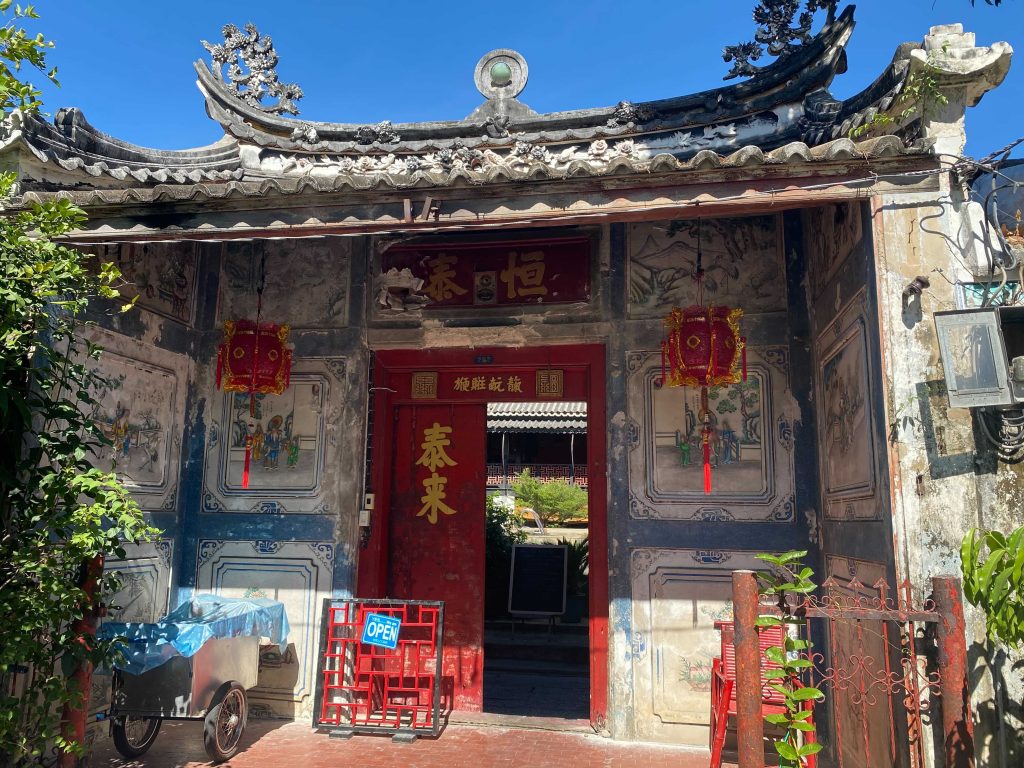 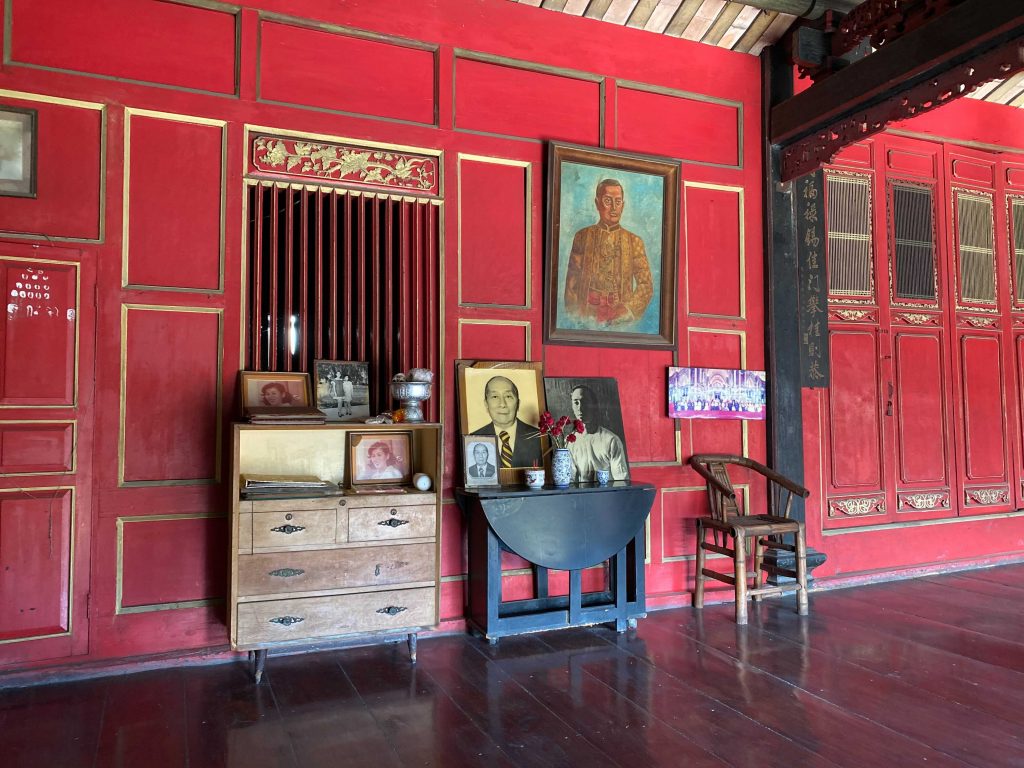 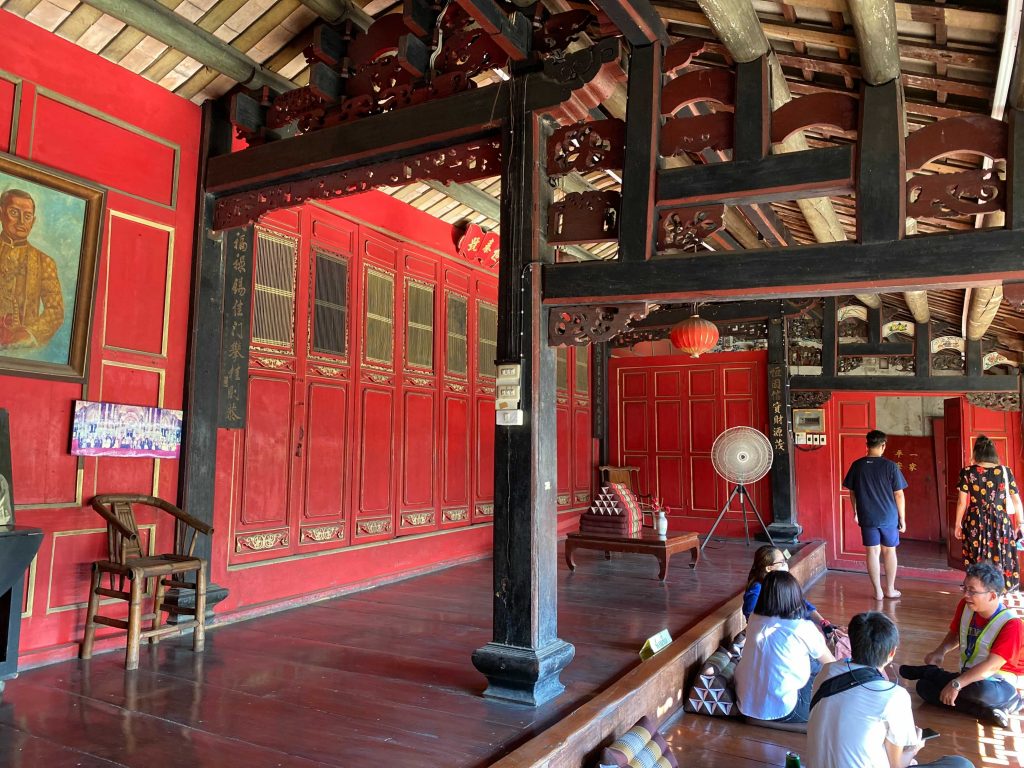 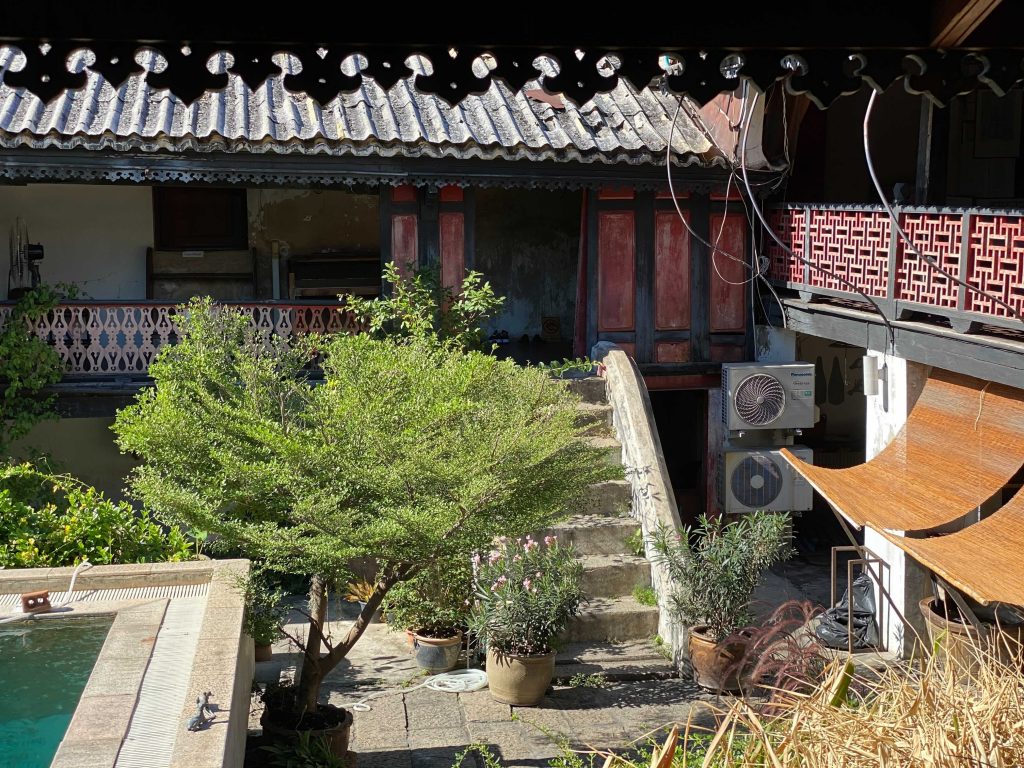 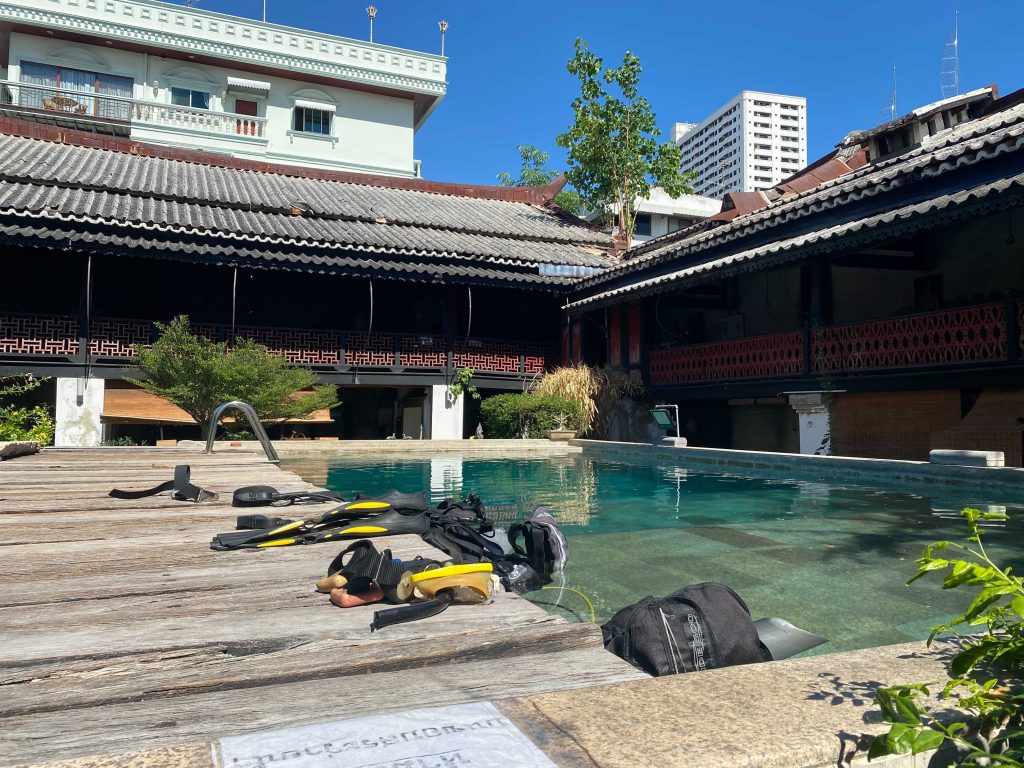