After a seven months hiatus, Aeroflot flights from Moscow to both Phuket and Bangkok are scheduled to begin at the end of the month. This was confirmed by Vladimir Sosnov, the Russian consul general in Phuket, and by CNN correspondents who say that tickets are indeed on sale in the Russian capital. There have been no direct flights since March 2022, largely because aero spare parts have been hard to obtain since the imposition of western sanctions.

To date, about 90,000 Russians, mostly bona fide tourists or expats, have entered Thailand since the Ukraine war began last February. This largely reflects travel difficulties as air passengers must generally go first to countries – Turkey and the United Arab Emirates are examples – which offer visa-free entry to Russians and onward flights to Bangkok. In 2019, prior to the Covid pandemic, almost one million Russians entered Thailand in a similar seven months period.

Draft escapee Vadim is a 26 year old Russian, currently residing in Pattaya, who says he fled Moscow via Turkey to avoid the compulsory call-up to the Russian military. He says that he expects more men, hoping to escape the draft, to arrive in Thailand once flights resume. “They are likely to be questioned by the police in Russia prior to departure and they won’t carry too much luggage to avoid suspicion.” But he expected many to get through. “Actually, Putin prefers people opposed to him to be out of the country.”

His colleague Alexei, 28, said Thailand had its merits and disadvantages as a bolt hole for draft deniers. “Russians don’t need a visa to come here for 30 days and extensions are easy to obtain. On the other hand, the work permit rules here are very strict.” He said he had been a waiter in both Kazakhistan and Turkey, but that was impossible in Thailand. Alexei complained that he had met some official hostility even in Pattaya. “Bank accounts are very hard to open here and I was told by an official to forget the idea unless I could produce a 12 months’ rental contract. That kind of discrimination doesn’t seem to apply to other nationalities.” 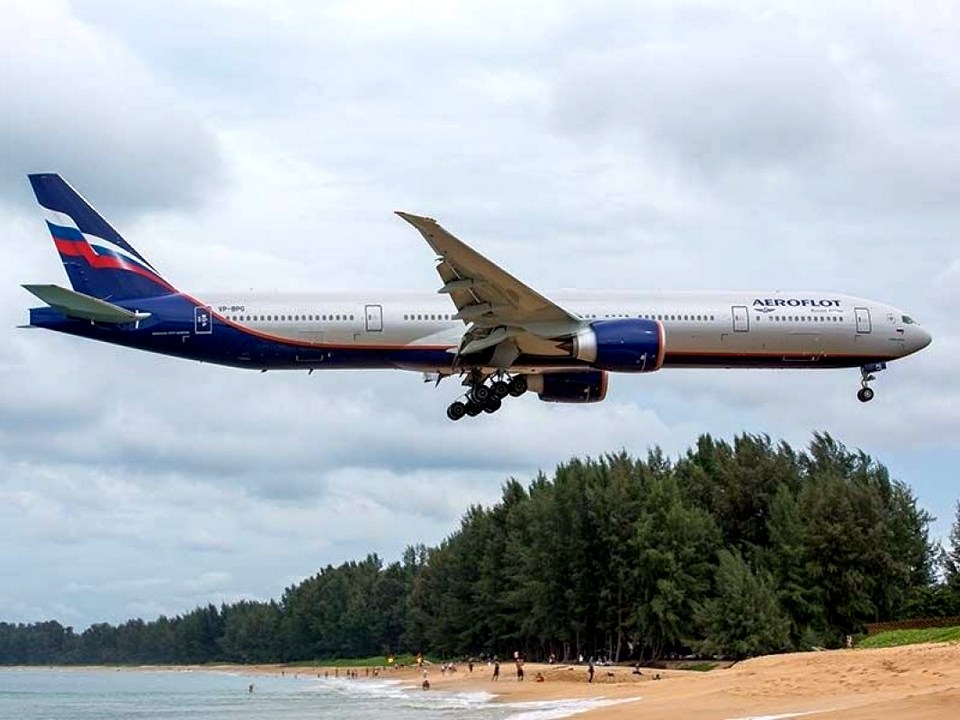 Aeroflot is beginning a new schedule of Thai flights at the end of October 2022.

Russian journalist Ekaterina Kogutov said the biggest problem for most escapees was how to support themselves abroad. “Some countries have given them refugee status, but others have banned them or made clear there is no state support.” Thai authorities do not provide financial help. Ekaterina explained that many men who had fled here worked remotely as digital nomads beneath the radar. Others were self-sufficient for now or received financial support from their families in Russia.

Of course, most Russian draft escapees have transferred by land to those neighboring countries willing to admit them. Those fleeing abroad by air are likely to be the more affluent or well-connected and hundreds are known to have flown out by private jets. But now that Thailand is becoming more accessible by air, and with a history of welcoming one and a half million Russians in 2019, the arrival of more draft escapees is inevitable. A policy statement from the Thai government is clearly overdue.