Life has not been kind to 11-year-old “Nong”. After losing her mother to cancer as a tot, she was abandoned by her father and left in extreme poverty with an aunt suffering from severe kidney disease.

But Nong has had to watch through just one eye as her aunt underwent dialysis. Born with blepharoptosis – a drooping eyelid that prevented her from seeing out of her right eye – she never had the surgery babies usually get to resolve the cranial nerve palsy.
When the Rotary Club Pattaya Marina heard Nong’s plight, members moved to help.
First, the club contacted the YWCA Bangkok-Pattaya Center, which has a scholarship program for poor children. After evaluation, she was accepted into the program that sponsors the purchase of school uniforms and supplies.

Next, the club arranged an appointment with a top pediatric ophthalmologist in Bangkok for medical advice.
After examining Nong, the doctor said that, although it was later in life than normal, surgery still could be performed with a good chance for amelioration of her eyelid opening and eyesight.
Before surgery, the Rotarians purchased glasses for her. 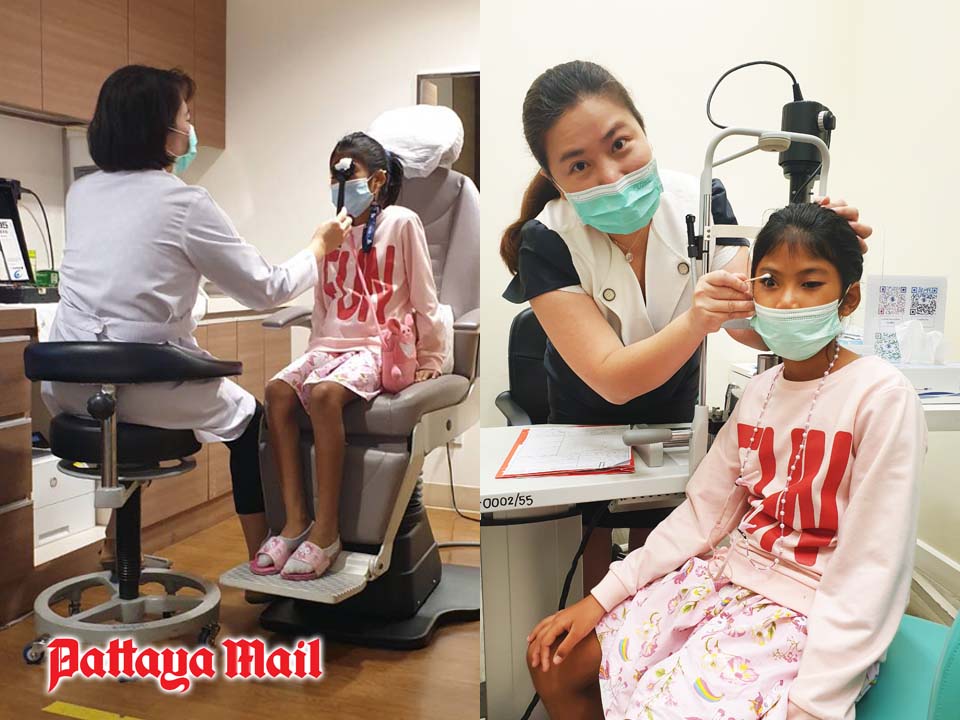 A top pediatric ophthalmologist in Bangkok assured her that surgery could be performed to cure the condition. 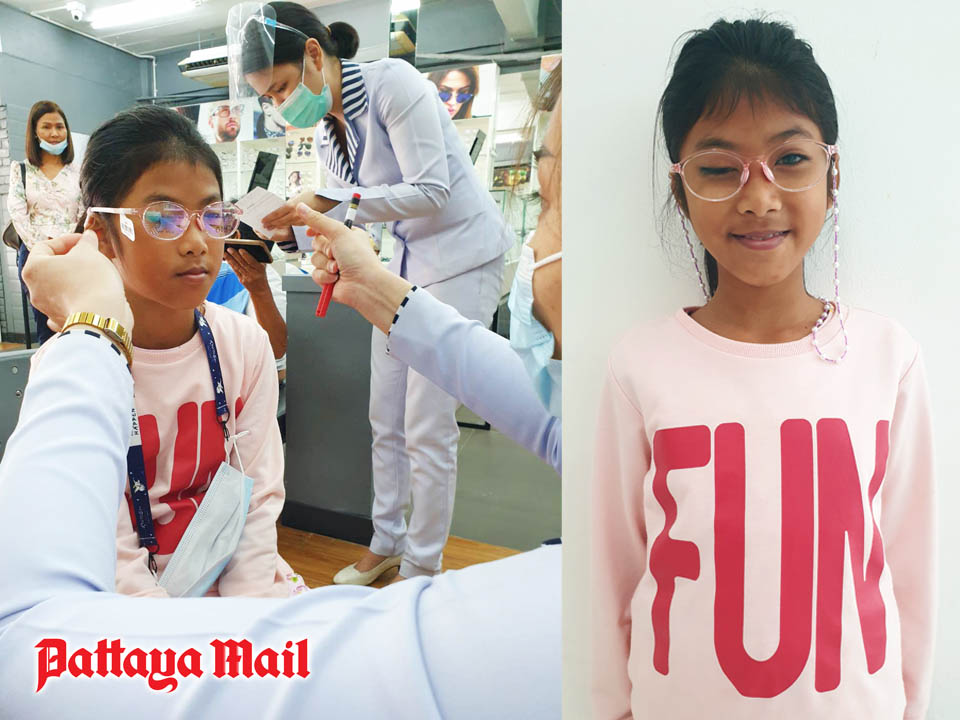 Preliminarily Nong was fitted with eye glasses to relieve her of any discomfort during the treatment period before the surgery.

The operation was successful: Nong can now open her right eye and see much better with both eyes.
Beyond the vision repair, a social problem was also resolved: Classmates no longer look at her as a disabled person with a strange face. She can now go through her school years with more confidence. 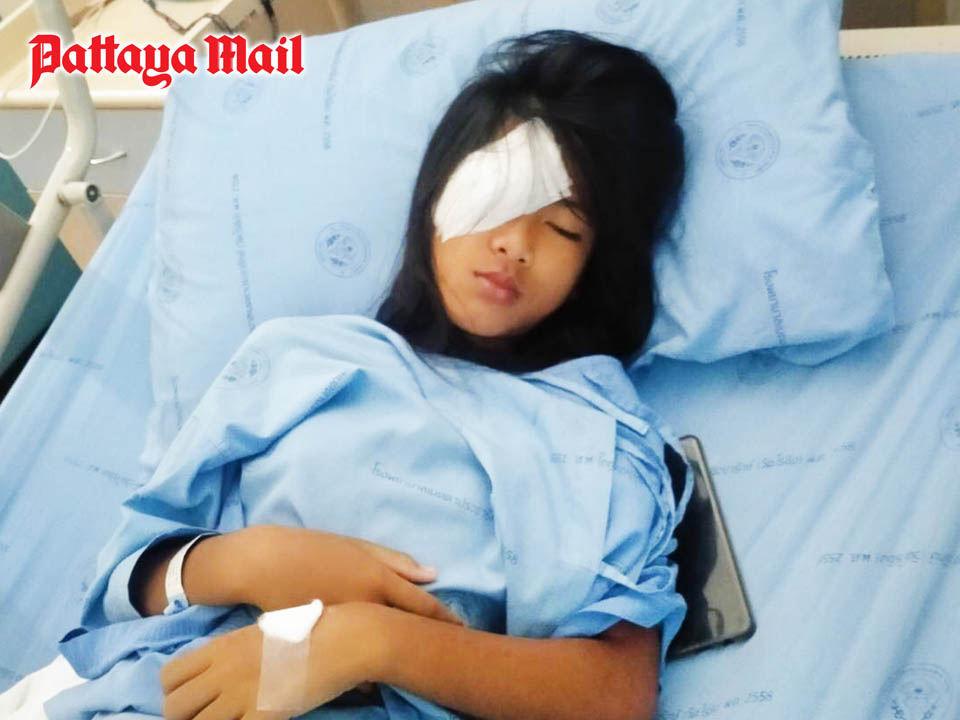 Nong rests in her Nakhon Phanom hospital bed after the successful surgery. 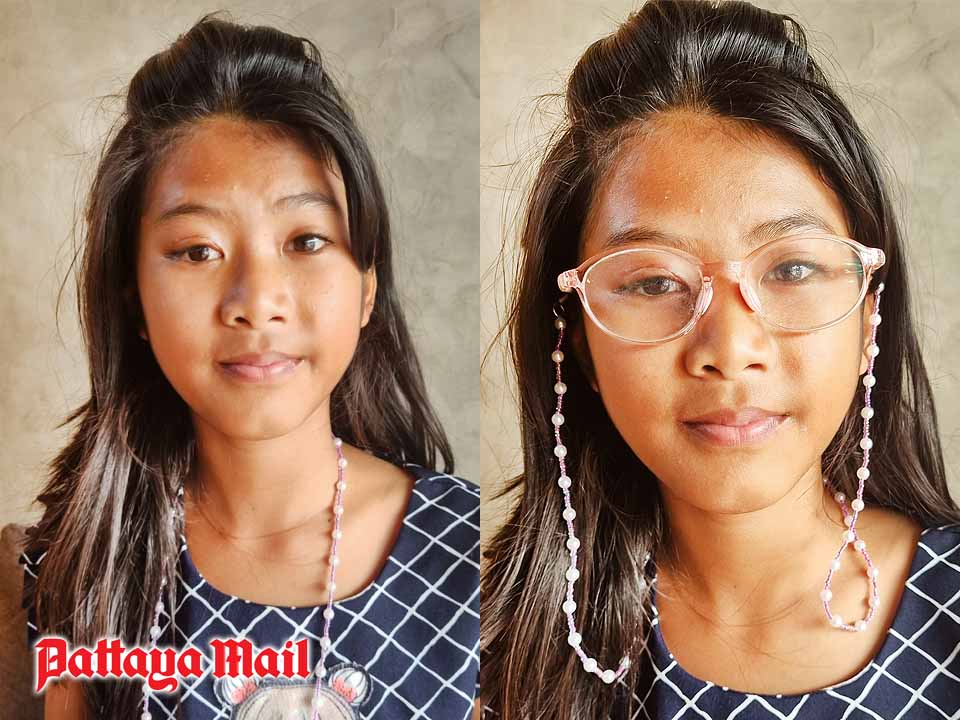 Nong has transformed into a beautiful young girl full of confidence and hope for a very bright future.