The Pathumthani cluster had led to more than 400 coronavirus cases so far while the government is looking to relax the Covid-prevention and restriction measures next week, a government official said Thursday.

The cluster at Pornpat Market in Thanyaburi district of Pathaumthani has reached 437 cases, said Apisamai Srirangsan, the spokeswoman of the Center for Covid-19 Situation Administration (CCSA).

Most of the cases were found via more than 4,000 proactive tests conducted among high-risk communities including nearby markets, factories and communities since 9 February.

The cluster first found at Pornpat Market has now led to an outbreak at the adjacent Suchart Market and a factory in the district, which reported 74 cases on Wednesday.

Both markets are now closed until 25 February while active case finding is still ongoing, especially in Prachathipat sub-district where Pornpat market is located.

“Based on the results from the proactive tests, the outbreak situation there is now containable and we are contacting people who were at high-risk of infection who have left the province as well,” Apisamai said.

Apisamai said the CCSA is proposing for the government to relax the Covid-prevention and restriction measures in partially locked down provinces.

This will come with new zoning for applying these measures.

The new zoning, which will be proposed on Monday, suggests that the number of provinces within the “under surveillance” areas, where restriction measures are minimal, should be increased to 54 provinces.

This would leave 14 provinces in the “under high surveillance” areas, eight provinces the “controlled” areas and only one province, Samut Sakhon, in the “highly controlled and restricted” area. 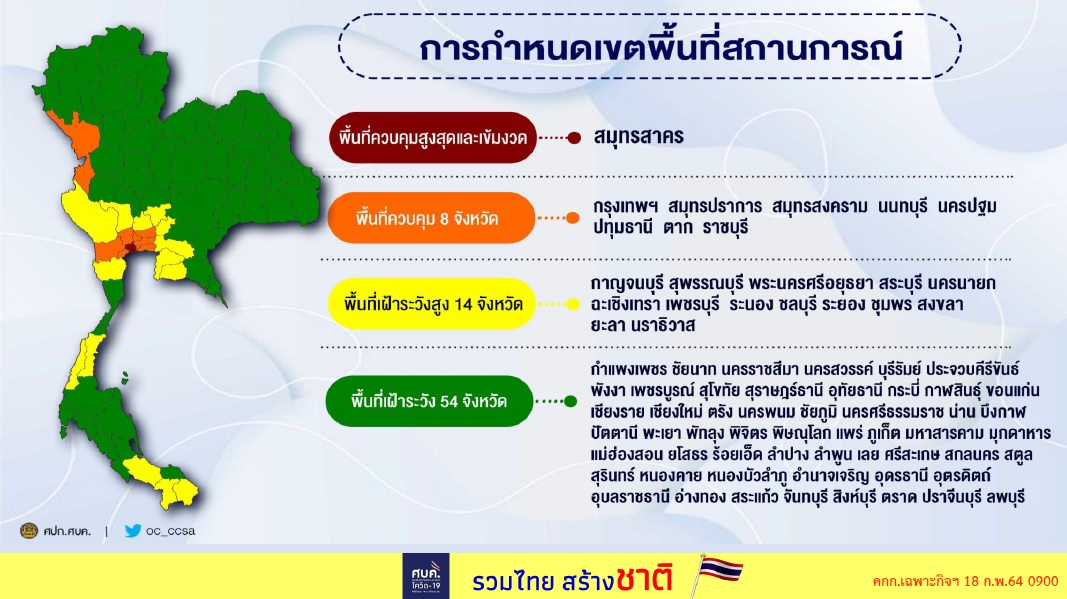 For controlled provinces, entertainment venues such as pubs, bars and karaoke would be able to reopen and restaurants can serve alcoholic drinks with live music again but cannot stay open after 11 pm and still no dancing.

Competitions in these areas will be able to have spectators but there will be limitation on the number of participants.

However, cockfighting and bullfighting rings are to remain closed.

The CCSA said they have found 150 new coronavirus cases in the past 24 hours.

Of those, 142 were local infections and eight were found in quarantine facilities.

Of the 142 local infections, 38 were found via tests at medical facilities and 104 via proactive tests at high-risk communities, mostly in Samut Sakhon and Pathumthani.

This brings the total number of infections since the pandemic began last year to 25,111 cases. While 23,946 people have recovered from the disease, 1,083 patients are still being treated.

There was no new fatality, leaving the death toll at 82 people. 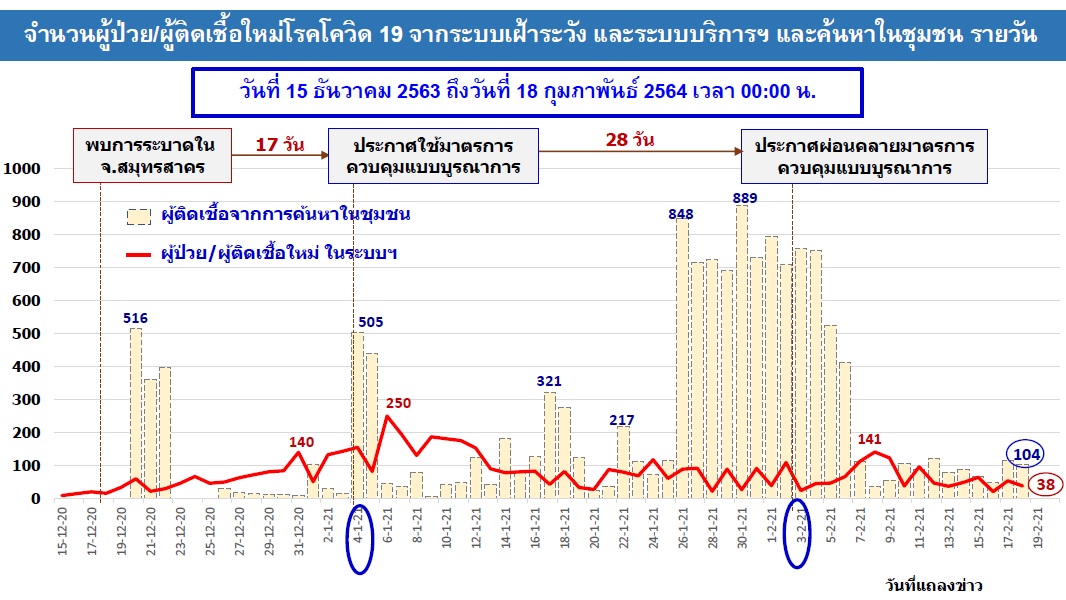 The second wave of the outbreak has reached 63 out of the 77 provinces in Thailand so far. Of the 63, there are now 44 provinces that have not report any new case in the past week.

The hardest-hit province continues to be Samut Sakhon, where the second wave began, which reported 15,754 confirmed cases since 15 December.

Of the 142 local infections reported on Thursday, 88 were found in Samut Sakhon followed by 45 in Pathumthani, five in Bangkok and one each in Ayutthaya, Nakhon Pathom, Tak and Maha Sarakham. 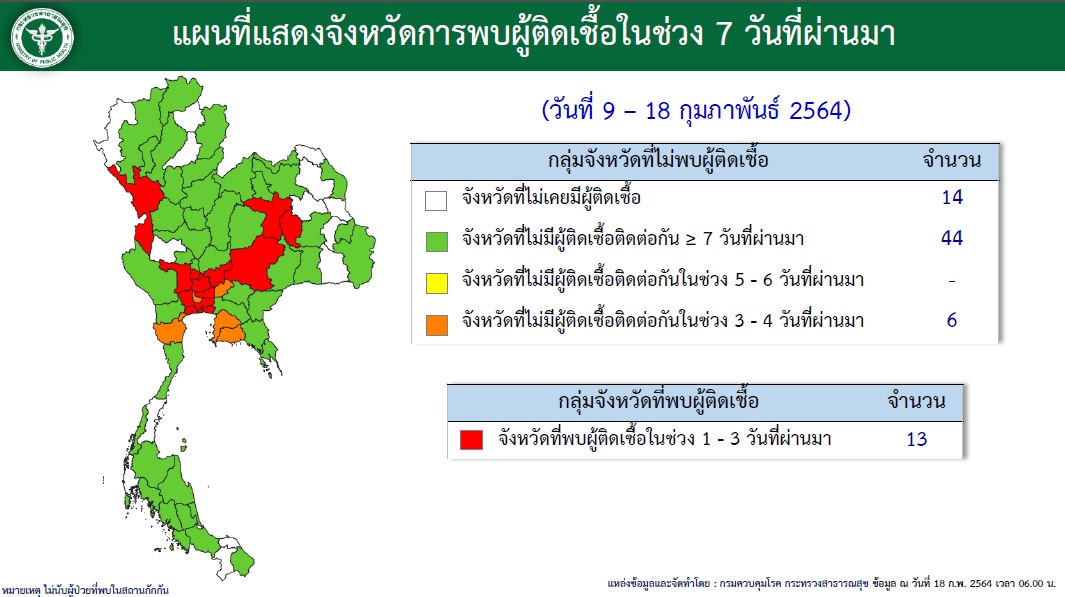