The tiny islet, just a few metres wide, has been called Koh Khai Hua Roh in Thai because it looks similar to drawings of funny scenes involving a man and a woman trapped on an island in the Khai Hua Roh (Selling laughter) comic book.

After a tourist posted on a Facebook wall that the islet is like the scene in the comic book, tourists have flocked to the site to take selfies and photos.

On Tuesday, the Koh Mak Tambon Administrative Organisation (TAO) led a team of reporters to observe the sole taban tree (Xylocarpus rumphii) on the islet and found that it has been badly damaged by tourists’ repeated visits.

Some small branches of the tree were broken off and its big root above the rock appeared to have to been repeatedly stomped on, peeling off the top cover. Officials said the tree trunk also appeared to be tilting more than it did a few years ago before the spot became a tourist destination.

Lertrob Saithongpu, the director of the maintenance division of the Khon Mak TAO, said tourists apparently even climbed the tree and broke off some small branches.

He said the TAO would study measures to restrict the number of tourists allowed to visit the islet and only in certain seasons to prevent the tree from dying.

He said the islet could accommodate just five tourists at a time but sometimes more than five times the number got on the islet.

He said the TAO would also launch a campaign to educate tourists to help conserve the tree. 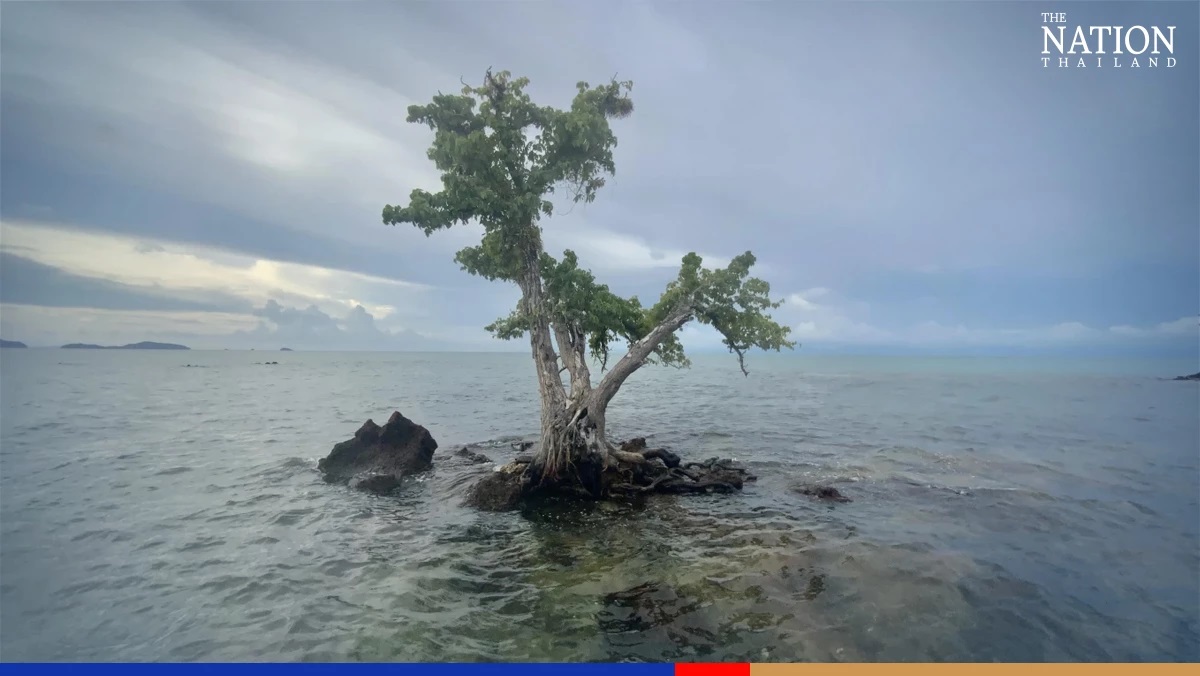