The Thai Meteorological Department announced today, May 13th, that Thailand will officially end the summer season and enter the rainy season this Saturday, May 15th, with expectedly 5 to 10 percent more rainfall than the average and than last year.

From the beginning of this rainy season, the Eastern and Southwestern parts of Thailand will be expected to have heavy rain in many areas and very heavy in some places as a southwest monsoon will become periodically strong and prevail over the Andaman Sea and Thailand. In addition, there may be a strong low-pressure area in the Andaman Sea which can develop to be a depression or cyclone and move to the west of Thailand. 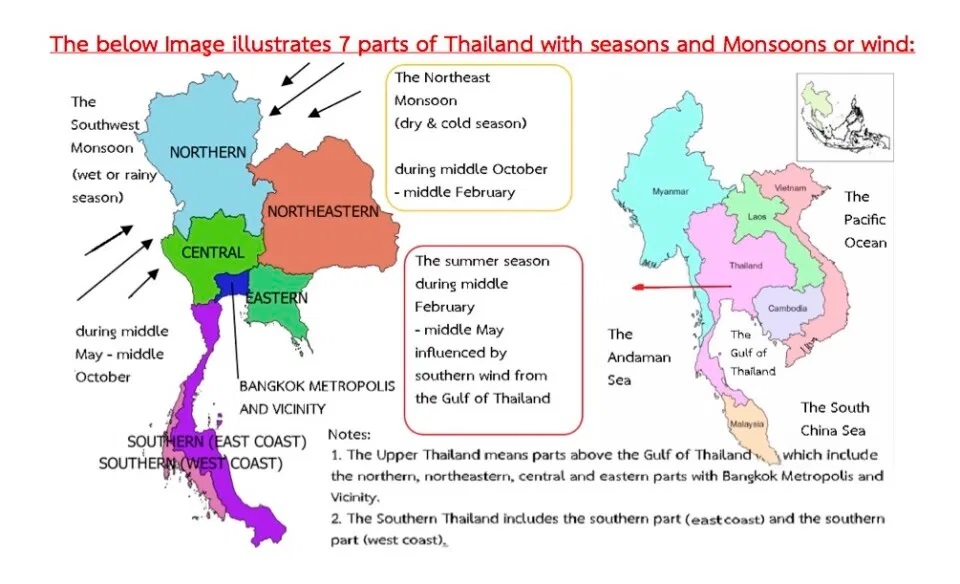 Heavy to very heavy rain amounts may occur continuously for many days in most parts of Thailand during the season. Therefore, flash floods with overflow may take place, specifically during August until September. The public should closely follow the daily weather forecast news.

During the period of tropical cyclones moving near or past Thailand, gusty wind with heavy to very heavy rain will occur in many areas. Gusty wind will cause waves to appear in coastal areas while wave height may reach 3 – 4 meters during some periods. Therefore, the public and mariners should be cautious of natural hazards and attentively follow the news during tropical cyclone periods.