huket, September 1, 2022 – Phuket FantaSea is getting ready to launch “Carnival Magic”, the world’s first Thai Carnival theme park. The 6.6-billion-baht park, covering an area of more than 100 rai, will fling open its doors on September 20, just in time for Thailand’s tourism high season. With travelers returning as the COVID-19 situation eases, the theme park expects to welcome as many as 2 million domestic and foreign tourists next year, which should help revitalize Phuket’s economy.

Mr. Kittikorn Kewkacha, President and Chief Executive Officer of Phuket FantaSea Public Co. Ltd. and Carnival Magic Co., Ltd., said: “Building upon Phuket FantaSea’s 22 successful years as the ultimate Thai cultural theme park, we are ready for the next stage – the opening of Carnival Magic – The Magical Kingdom of Lights.”

“The new theme park will offer spectacular Thai-style carnivals augmented by modern technology. Covering an area of more than 100 rai, the venue is located in Phuket’s Kamala Beach area, adjacent to Phuket FantaSea. We expect Carnival Magic to become a new landmark in Thailand that provides tourists with a memorable, unmatched experience,” he added.

Carnival Magic is the world's first Thai Carnival theme park. Inspired by the fun and colorful parades, carnivals, and temple fairs across Thailand, the park features many interesting and unique attractions and dazzling light decorations that match international standards. The park will offer visitors other-worldly experiences that cannot be found anywhere else in the world.

The theme park is divided into 4 main zones, namely:

In this zone, visitors can make their way through a shopping street and enjoy shopping for high-quality products in a festive, celebratory atmosphere created by a huge array of bright and colorful shops. 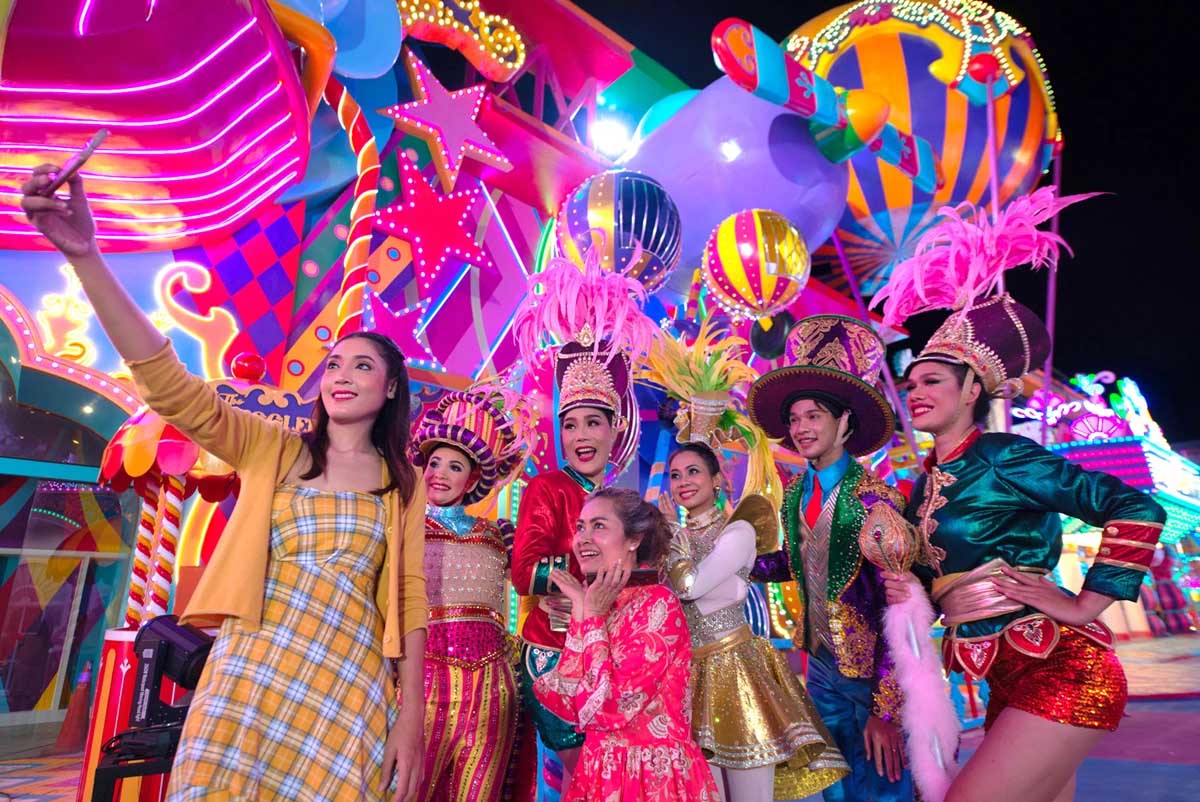 With a seating capacity of 3,000 guests, the grand hall is made to look like a beautiful paradise guarded by 2 giant peacocks fanning their tails. On the menu are more than 100 delicacies from the East and the West, including Indian, vegetarian and Halal dishes.

In the near future, there will be another luxury restaurant called the River of Bliss. Inspired by Thailand’s famous Loy Krathong floating lantern festival, the restaurant will offer set-menus served in beautiful krathong. But before guests make their way to the tables, they will need to get to the Happiness Falls and board the Barge of Happiness which will then lift them 7 meters above ground to the dining hall. 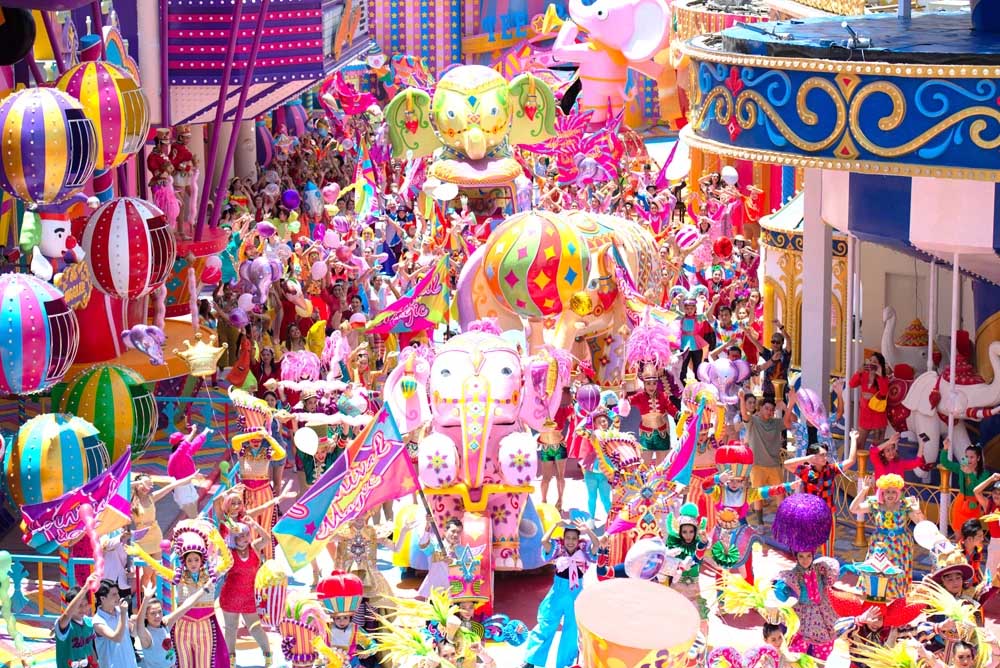 The River Palace, designed to look like a palace in the ancient Kamala Kingdom is an enormous 16,000-square-metre (10 rai) indoor show theater – one of the largest in Thailand and among the largest in the world. The theater with a 70-meter-long and 22-meter-high stage can accommodate 2,200 spectators and will showcase the world’s biggest indoor parade show called the River Carnival.

River Carnival is a 50-minute extravaganza that blends fantasies, festivals, and traditional parades of Thailand augmented with modern technology and special effects. Among the highlights are more than 88 gigantic floats with millions of lights, automation, and cutting-edge special effects. The best feature is the world's longest float that is more than 70 meters long or about the size of the world’s largest passenger jet, the Airbus A380. 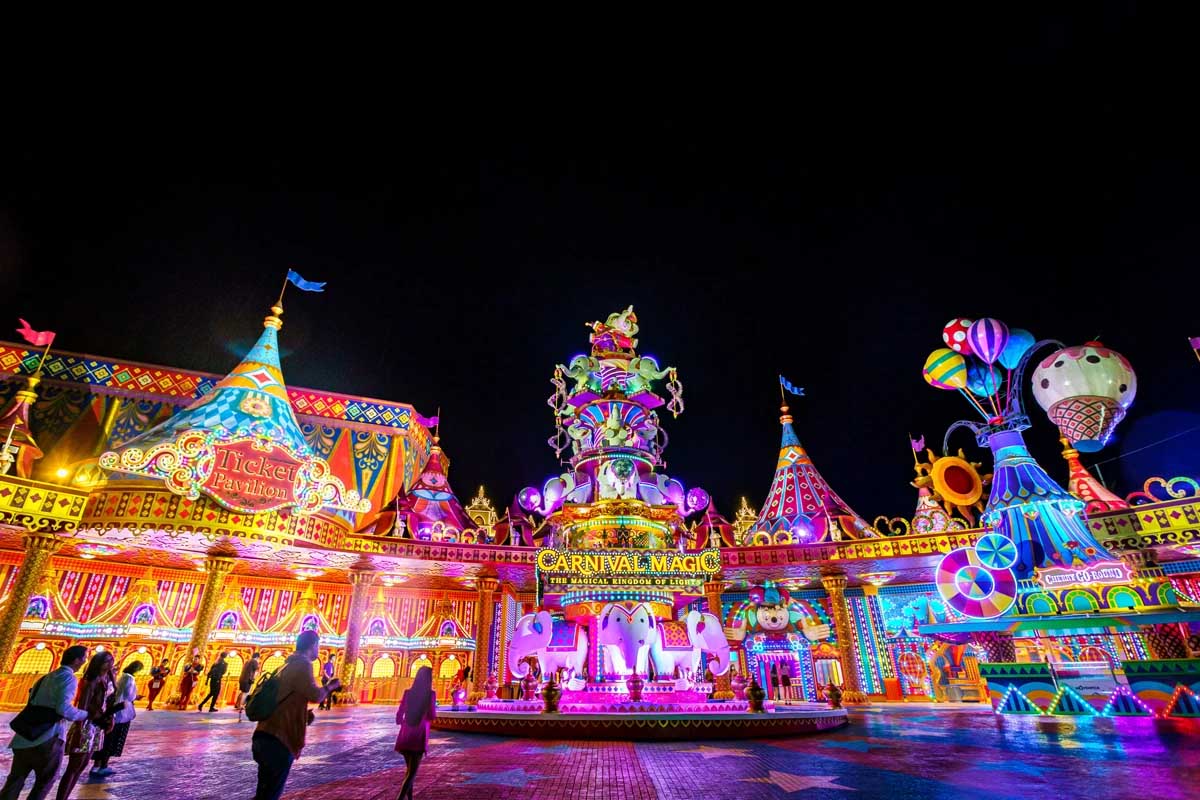 Built as an illumination park, this zone features more than 40 million lights to create a dazzling masterpiece that sparks visitors’ imagination. There are 9 areas to explore in the Kingdom of Lights, where visitors can walk around enjoying stunning illuminated decorations and sculptures. The centerpiece is the River of Lights where millions of lights glitter from uniquely designed steel plates called the “luminaries”.

The steel plates used to create the luminaries are over 50 kilometers long and they are installed around a lake. Visitors can enter the area by crossing a bridge, which offers them a panoramic view of millions of lights from all directions. 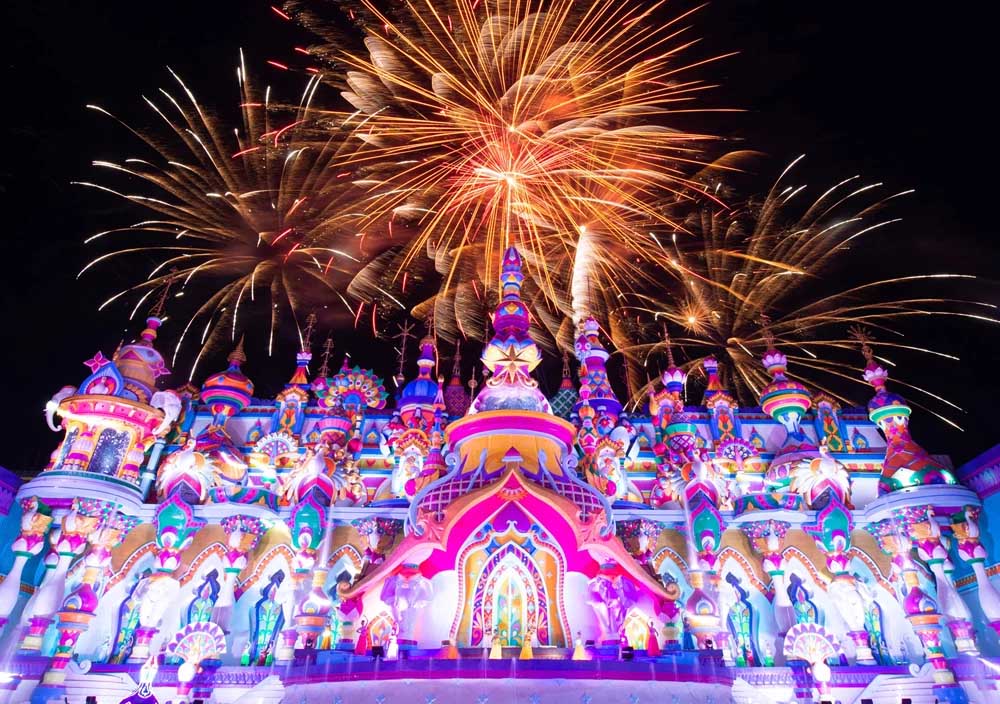 “In creating Carnival Magic, we were inspired to build something that is uniquely Thai and never before seen anywhere in the world,” said Mr. Kittikorn. “This resulted in Carnival Magic becoming a theme park that broke many records both in Thailand and overseas, including 9 Guinness World Records”

The 9 Guinness World Records that Carnival Magic has set are:

2. The most lights used in a permanent light-and-sound show

9. The most LED lights on a van 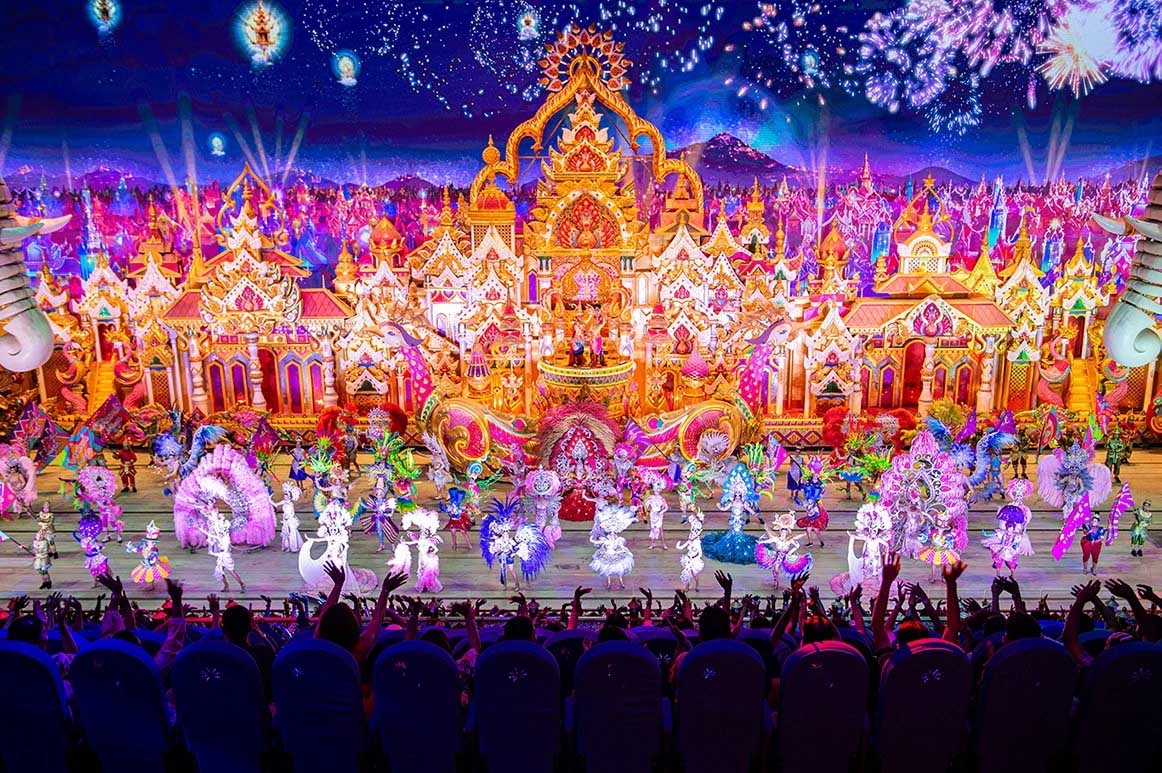 “We have begun our marketing and communication efforts domestically and internationally through more than 1,000 tour operators. So far, we have received a great response,” Mr. Kittikorn said. 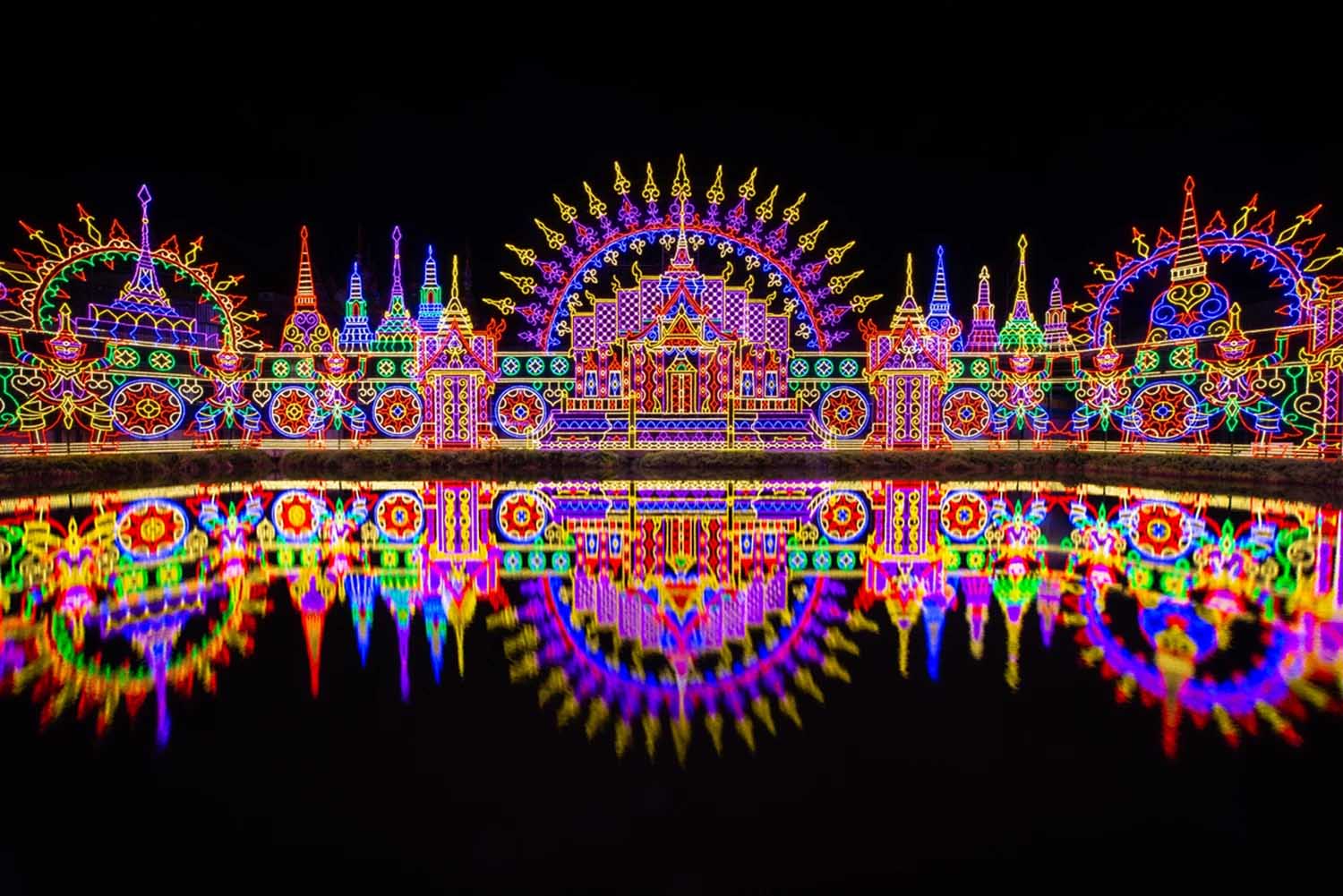 “In addition, Phuket is a favorite destination for Thai tourists, especially during the cooler months. The grand opening of Carnival Magic during the high season will not only help boost the Thai economy by attracting visitors who will spend but will also boost local employment and revitalize tourism at both local and national levels. This should help steer the country back on the right track towards growth,” Mr. Kittikorn said.

Carnival Magic will open its doors on Tuesday, September 20. It is located at 999 Moo 3 (next to Phuket FantaSea), Kamala, Kathu District, Phuket Province. For more information, call the Public Relations department at 076 385 222, email pr@carnivalmagic.fun or visit www.carnivalmagic.fun 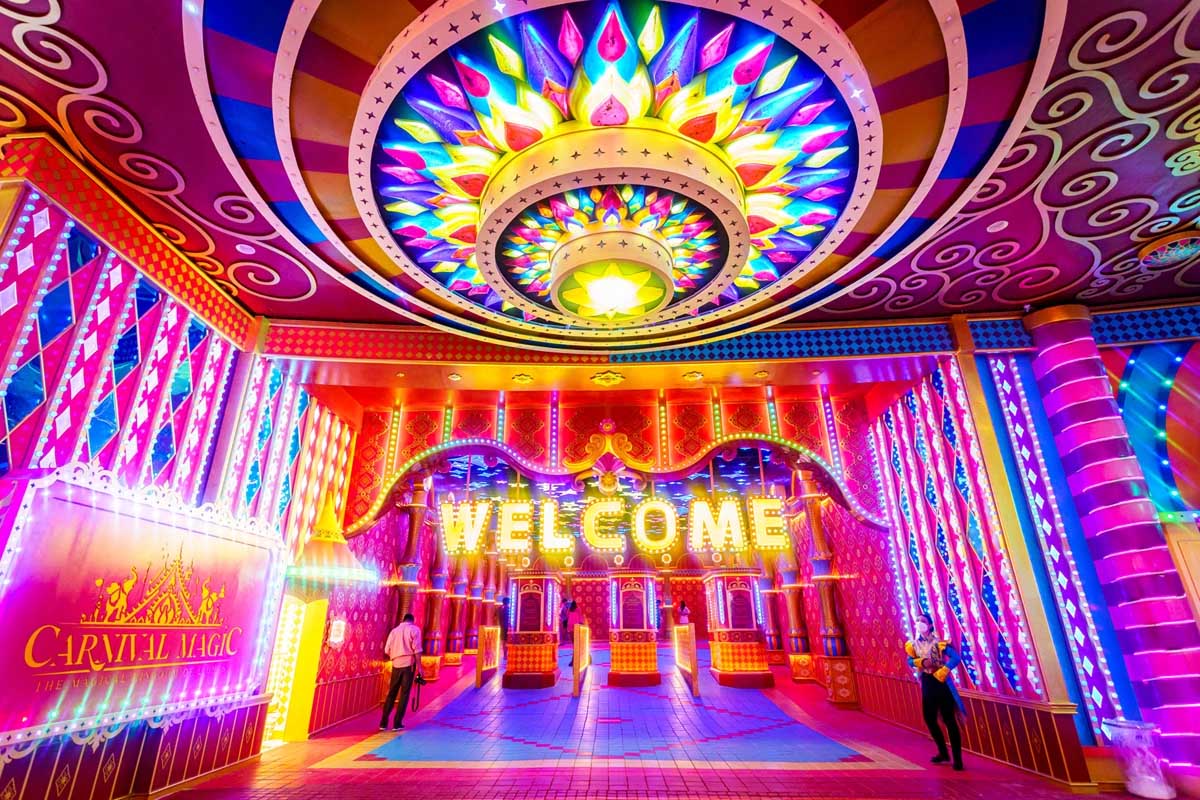